Ivvy is the world’s thinnest smartphone 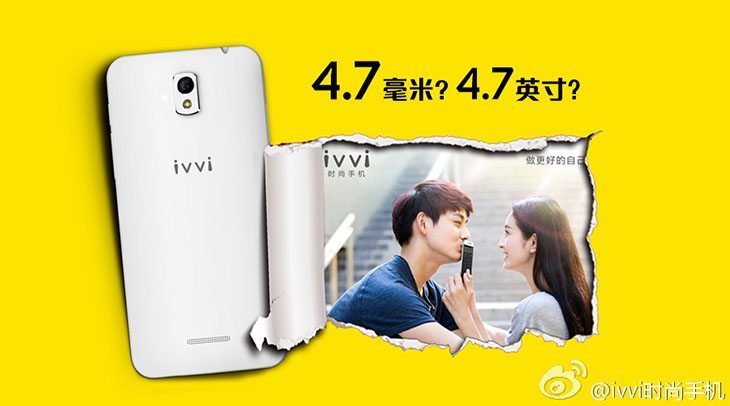 Smartphone manufacturers have been recently striving to manufacture thinner and thinner devices, bragging about the light form factor, and how well this might be suited for your every day’s life. However, sadly, making smartphones thinner and thinner often results in smaller battery capacities for the juice packs included due to physical limitations (but that is a completely different topic). Apple is one of the manufacturers who tries to trim down millimetresÂ every year, and for a short period of time, the new Apple iPhone 6 was among the thinnest money can buy, at 6.9 millimetres. Then OPPO came along with the R5, taking the title for the world’s thinnest smartphone at 4.85 mm, just for it to be pushed to number two by Vivo and its X5 Max model, at just 4.75 mm in thickness.

Now, there’s a new phone out there, which is even thinner, and, for the moment, can take the crown for the world’s thinnest smartphone. Meet the Ivvy smartphone, aÂ sub-brand of theÂ Chinese brand Coolpad, which measures only 4.7 mm in thickness, which is half a millimetre thinner than the Vivo X5 Max. However, that’s about the only thing we currently know about the Ivvy smartphone, aside from the fact that is packs a 4.7-inch display, which not only makes it the thinnest smartphone in the world, but also makes it compact.

In terms of materials used, you shouldn’t expect a lot of glass and metal, as the housing of the Ivvy is mainly made out of polycarbonate. The camera on the back has a single LED flash, but, mostly due to the reduced thickness, it will be protruded (as seen in the image above), something we’ve gotten used to by now thanks to Apple and its iPhone 6 and iPhone 6 Plus models. The camera system with the lens is simply thicker than the body of the entire device, making the camera on the back protrude a little.

There is, at the moment, no word on availability and pricing. However, until then, tell us what you think about the new trend of smartphones going thinner and thinner. Is it worth the battery life trade-off?