Samsung Galaxy A5 and A3 UK release date 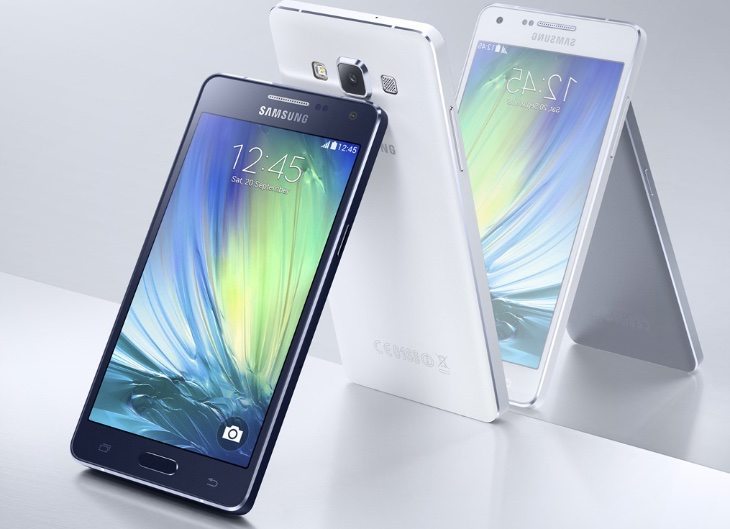 The Samsung A-Series of phones is something that plenty of people have been waiting for, as they offer a more premium looking metal build. The Galaxy A5 and A3 both released in December, with the first having the higher specs of the two. Now we have news of the Samsung Galaxy A5 and A3 UK release date, and the phones will be available from various outlets.

From February 12th the above mid-range smartphones will be available from Samsung UK and also retailers including Carphone Warehouse, EE and O2. However, pre-orders opened yesterday so you can get one foot in the door right now. They are up for grabs in Pearl White or Midnight Black colours, but pricing remains unknown at this stage.

Key specs for the Galaxy A5 include a 1.2GHz Snapdragon 410 quad-core processor, a 5-inch display with resolution of 1280 x 720, 2GB of RAM, and 16GB of internal storage that’s expandable to 64GB via microSD. It has a 13-megapixel rear camera, 5-megapixel front-facing camera, and 2300 mAh battery.

The Galaxy A3 has also has a 1.2GHz quad-core CPU but has a 4.5inch display with resolution of 960 x 540, and 1/1.5GB of RAM. Internal storage is the same as for the A5 but instead of the 13-megapixel rear camera it has an 8-megapixel unit, although it still has a 5-megapixel front-facing snapper. This one has a 1900 mAh battery.

Both phones run the Android 4.4.4 KitKat operating system and have several features for selfie fans. These include Wide Selfie, Palm Selfie, Beauty Face Features, Animated GIF and more. Have you been waiting for availability of either the Samsung Galaxy A5 or Galaxy A3 in the UK? Let us know with your comments.