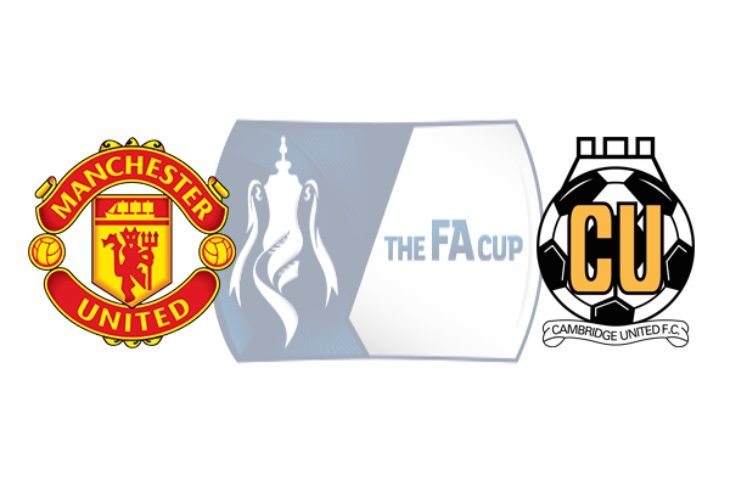 After all the excitement (or not) of transfer deadline day it’s time to focus on FA Cup action again. A fourth round replay takes place this evening with Man Utd vs. Cambridge, and Red Devils supporters will want to know all the latest about the match. It’s possible that David da Gea could be rested this time and that Victor Valdes could be making his debut for the club for example. You can get Manchester Utd FA Cup lineup and news vs. Cambridge via an update to a mobile app.

The kickoff time is 7.45pm and there’s plenty of news to be found on the Manchester Utd — 90min Edition app, which has just been updated for both iOS and Android platforms. This app is hugely comprehensive and is one our favourite football apps, and we feel Man U fans will make really good use of it. It covers breaking news and more about the club, with fixtures, live scores, results, tables, transfer rumours, and much more.

Notifications bring live match updates, confirmed match line-ups the instant they are available, commentary, stats and more, so that you can get all of the breaking news direct to your smartphone or tablet. Users can also benefit from an abundance of insightful original articles that are not available elsewhere, as well as news from other sources. For example there’s recent transfer news about the signing of Bolton’s Andy Kellett to bolster the defence, and of course the departure of Darren Fletcher.

As far as tonight’s FA Cup replay is concerned a preview discusses the form guide, and latest lineup news is that Jonny Evans is doubtful after a knock, while Michael Carrick and Ashley Young are both out through injury. A likely lineup includes Wayne Rooney and Radamel Falcao. This is a free app so why not download it and check it out for more throughout the day.

The Android Man Utd App — 90min Edition was updated just yesterday and brings an update for video content. It’s available from Google Play. Meanwhile the iOS version of this Manchester United app is available from iTunes for iPhone, iPod touch and iPad. It was updated just a few days ago on January 29th, and as well as the latest Man Utd videos it has also been optimized for iOS 8.

Are you going to try out this Manchester Utd app in time for the FA Cup tie against Cambridge that takes place this evening? Why not give us your predictions for the starting lineup by sending your comments using the box below.