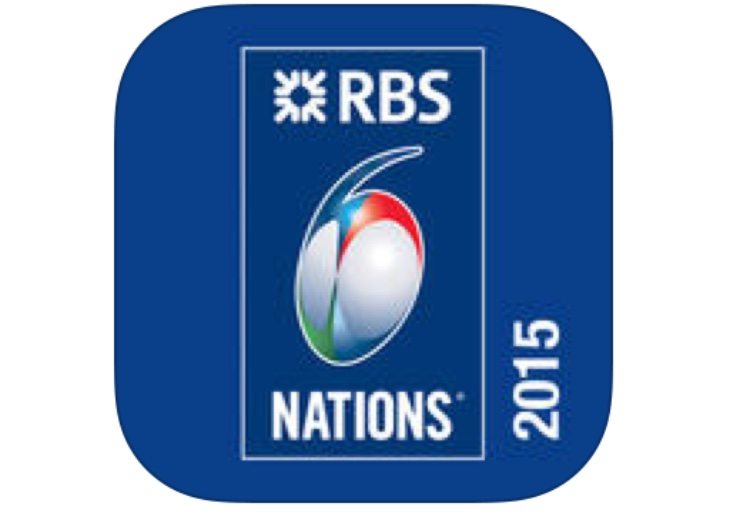 One of the big sporting events that many people look forward to is Six Nations Rugby. The 2015 6 Nations championship begins in just three more days, running from February 6th to March 21st, and the participating countries are England, Wales, France, Scotland, Ireland, and Italy. If you want to keep informed about all the action and latest news of the tournament you can do so with the Six Nations 2015 official rugby app for iPhone and Android.

Previously this championship has been known as the Home Nations and also Five Nations, and it attracts the attention of Rugby fans all over the world. Ireland will be defending their 2014 title, and the opening match will be Wales vs. England on Friday at the Millennium Stadium in Cardiff. This one starts at 20:05 pm. For all the details of the championship you might like to check out this app.

The Official RBS 6 Nations Championship app brings everything you need to know to your fingertips using your smartphone or tablet. It will optimize your enjoyment of the event and it means that if you can’t be in front of a TV or watching it live you can still stay in touch with all the latest. It provides rugby fans with breaking news, pre-match build up, lineups, and previews, and also play-by-play commentary.

This app also offers stats, in-play analytics, video highlights, and up-to-the-minute live scores. Features include a News, Fixtures and Championship table so you can see when the next match begins and if any are currently in progress, plus team news and player profiles. Video highlights can be streamed to your device, although broadcasting rights means this feature may not be available for everyone.

Recent news includes British and Irish Lions scrum-half Conor Murray being passed fit to play in Rome, while England coach Graham Rowntree has been defending controversial player Dylan Hartley. If you want to check out the iOS version of the Official RBS 6 Nations app you can find it at iTunes. It’s a free app and compatible with iPhone, iPad, and iPod touch running iOS 7.0 or later. The Android version of the app can be downloaded from Google Play and is compatible with devices running Android 2.2 or later. The app for both of these platforms was updated last month.

Are you getting ready for all the sporting action from the 2015 Six Nations rugby championship? If you download this app we’d like to hear what you think of it, so feel free to send us your comments.