The Transformers were insanely popular in the 80s, and whether you like it or not, they received a massive resurgence thanks to Michael Bay. There are dozens of Transformers games out there these days, and mobile gamers have a new one to play with as DeNA has just dropped Transformers: Battle Tactics for iOS and Android.

Strategy is the name of the game in Transformers: Battle Tactics, and while you’ll see a lot of familiar faces from the classic cartoon, films and toy lines, they will look quite different. All your favorite robots are done up in Chibi form, and there are more big-headed Autobots and Decipticons than you can shake a stick at. 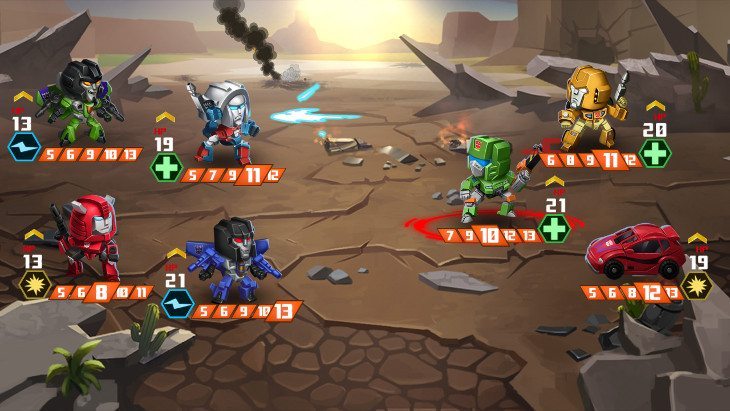