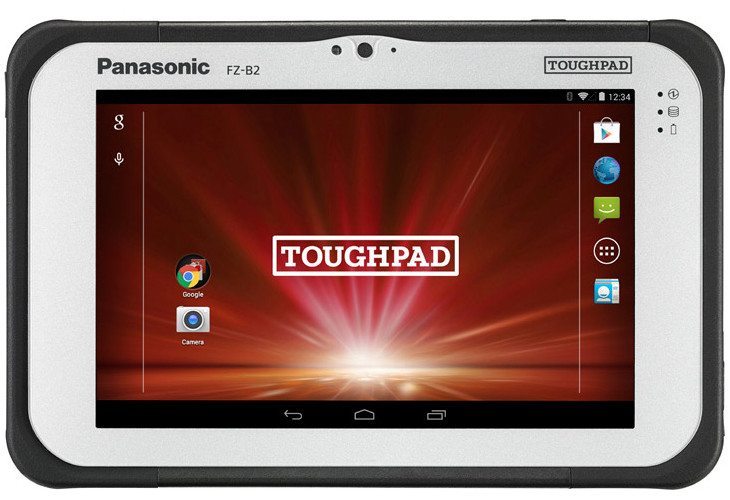 Panasonic’s Toughpad series are some of the most rugged slates around, and a new one has just launched in India. It’s called the Panasonic Toughpad FZ-B2, and if you’re in the market for a tough tablet and have deep pockets, it may be just the thing for you.

Last year, we took a look at the Panasonic Toughpad FZ-E1 which was headed to Europe, and the Panasonic Toughpad FZ-B2 has similar specs. It also has the “tough” features that the brand is known for like the MIL-STD-810G specification and the IP65 certification that makes it dust and water-resistant. It can take a beating, and it’s not going to lock up on you in extreme temperatures or hazardous environments.

The Panasonic Toughpad FZ-B2 sports a 7-inch display with a resolution of 1,280 x 800 and is powered by an Intel Celeron N2930 clocked at 1.83GHz with a 2.16GHz burst. You’ll also find 2GB of RAM and 32GB of expandable storage residing under the hood. The Toughpad FZ-B2 sports a 5MP on the back while a 720p snapper takes care of the photos on the front. Connectivity options include 3G, WiFi, Bluetooth, and Satellite GPS. The slate gets its juice from a 3,220mAh battery and will run Android 4.4.4 out of the box.

Unlike a lot of tablets and smartphones we see come to the region, the Panasonic Toughpad FZ-B2 isn’t exactly affordable. The tablet carries a price of Rs. 75,000 which is around â‚¬1,059 or right on par with the Toughpad’s usual pricing. The Toughpad lineup is never going to be cheap, but they will always be tougher than your typical slate or handset.

What do you think about the Toughpad FZ-B2 price in India?