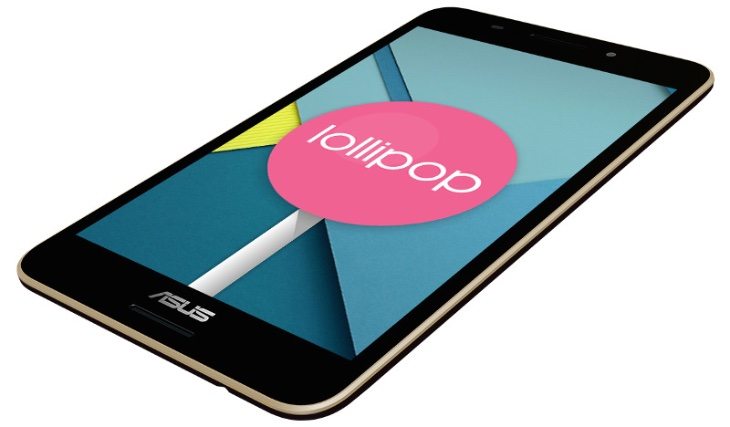 Another Fonepad 7 variant has been announced by Asus today, and this time it’s the Fonepad 7 FE375CL. This device features both LTE support and the Android 5.0 Lollipop operating system, and we have info on the new Asus Fonepad 7 (FE375CL) official specs and price.

The latest Fonepad 7 has 2GB of RAM and 8 or 16GB models for internal storage, expandable via microSD. There’s a 5-megapixel rear camera with 1080p video capture, a 2-megapixe front-facing unit with 720p video capture, and 3950 mAh battery that should get you through around 12 hours of use. Connectivity includes 3G HSPA+, 4G LTE, WiFi 802.11 b/g/n, Bluetooth 4.0, GPS and GLONASS.

The Fonepad 7 FE375CL runs the Android 5.0 Lollipop operating system with Asus’s Zen UI, and it’s 9.8mm thick, weighing in at 299g. This is a single SIM device and it features SonicMaster technology with dual front-facing speakers, and also has voice calling capabilities. It comes in black or white color options.

The price has been announced for Taiwan as NT$ 7,990. That equates to around US $250, Â£163, or Rs, 15,730, although as usual we’ll point out that pricing can vary by region so these are just guidelines. Asus hasn’t yet announced availability of the new Fonepad 7 for further world markets, but that information is likely to follow soon.

Are you a potential buyer for the Asus Fonepad 7 FE375CL when/if it releases in your region? Drop us your comments in the box below.