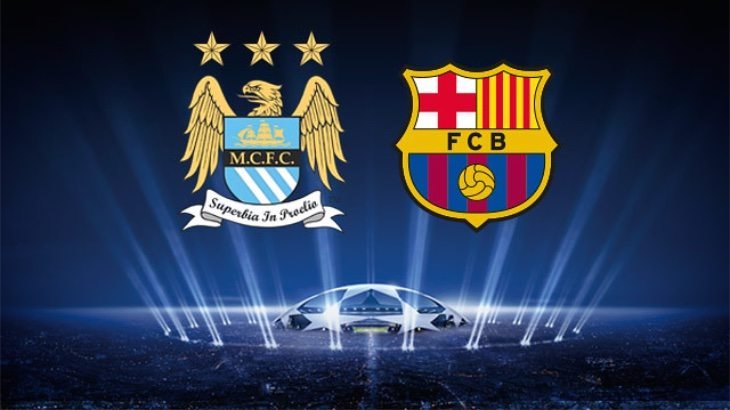 It’s a big night tonight with Man City vs. Barcelona in the Champions League. These are two mighty clubs with the likes of Sergio Aguero and Edin Dzeko ready to take on superstar players such as Lionel Messi and Luis Suarez. We have details today of an excellent app that will give you the latest Manchester City team news, lineup, live scores and more vs. Barcelona.

Fans of the Sky Blues will be heading to the home stadium for a kickoff time at 7:45pm, and hoping for a better outcome than the match against Barca at the same stage last season. Using a mobile app is an excellent way of keeping informed with all the latest news and we’ve written about the excellent 24h football news apps before. Now the 24h News for Manchester City app has just received an update, so if you haven’t tried it out before this could be a good time.

The beauty of this series of apps is that football news is gathered from all around the web as well as newspapers, so instead of scouring different resources, all the information is in one place and available 24 hours a day for your smartphone or tablet. The 24h Man City app covers the Premier League and Champions League and provides a video section as well as live scores and schedules.

You’ll find team news, fixtures and results, tables, and more, as well as interesting articles about Man City and a huge amount of content covering your club. This is gathered from MCFC.co.uk, Manchester City 24h, Talksport, the Daily Express, and the Daily Star to name just a few, so you’ll also be able to find out about potential starting lineups as well as confirmed lineups when available.

Just a few examples of articles today are an intriguing infographic of Aguero vs. Messi, a live blog build up to the match and much more. It’s possible that Wilfried Bony could make his first starting lineup for Man City after coming off the bench against Newcastle at the weekend, although Yaya Toure is out through suspension.

For more you can try out this free app, and the Android 24h News for Man City app is available from Google Play. It was updated a few days ago bringing speed improvements. Alternatively you can get the iOS version of the app from iTunes where it’s compatible with iPhone, iPod touch and iPad.

Are you a Man City fan wanting the very latest news about the club at your fingertips? Are you going to try out this 24h News app for more on Manchester City vs. Barcelona?