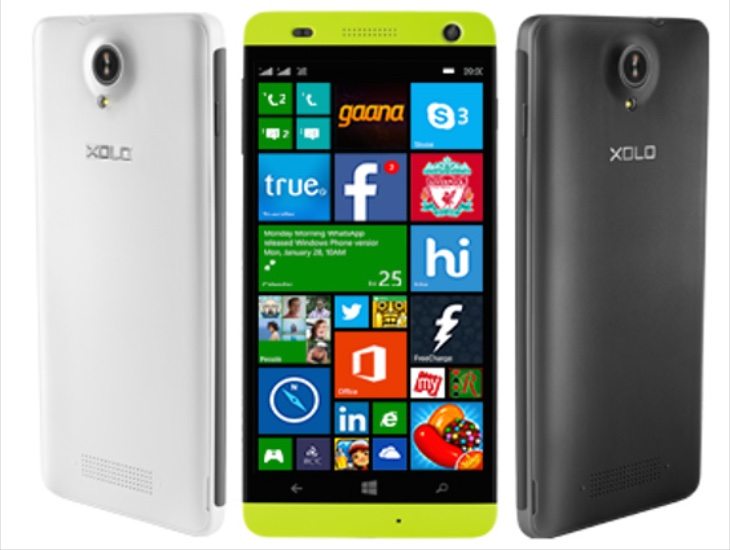 Xolo provides a pretty constant stream of smartphones to the market, and now buyers in India who enjoy Windows Phone handsets will have another choice. The Xolo Win Q1000 has just been announced and we have the price and specs details coming right up.

The Xolo Win Q1000 has some similar specs to those of the Xolo Win Q900s that launched last summer and it will be available in black, green or white color options. The Win Q1000 price is Rs. 8,499 and the official launch is expected before too much longer. It’s a dual SIM handset with dual standby.

Specs include a 1.2GHz Snapdragon 200 quad-core processor, Adreno 302 graphics, a 5-inch IPS OGS display with HD resolution of 1280 x 720, 1GB of RAM, and 8GB of internal storage that can be expanded via microSD. It has an 8-megapixel rear camera with PureCel sensor, f/2.0 aperture, and LED flash, and a 2-megapixel front-facing camera.

The Win Q1000 has a 2200 mAh battery and runs the Windows Phone 8.1 operating system. Connectivity is catered for with 3G HSPA+, WiFi 802.11 b/g/n, Bluetooth, and GPS, and it measures 143mm x 71.3mm x 8.8mm. There are a huge amount of devices at the budget end of the market right now, so it remains to be seen if this new Windows Phone handset from Xolo will make an impression.

Does the Xolo Win Q1000 look and sound like a smartphone that you might be interested in? We always enjoy hearing from readers so feel free to drop us a comment using the box below.