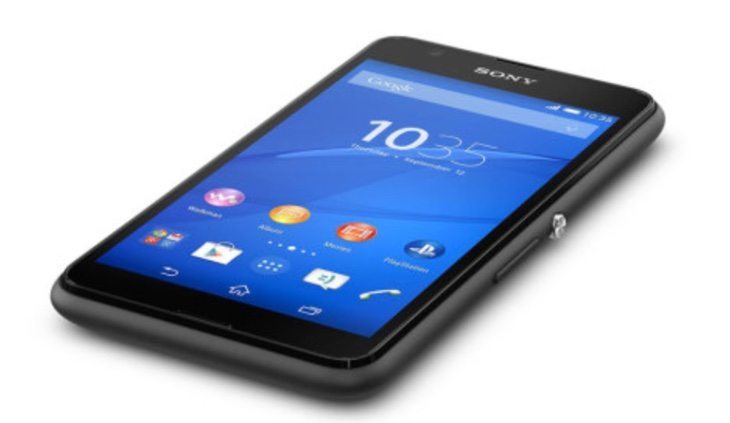 Some UK retailers have already opened their online pre-order pages for the E4g and all of them so far are offering it SIM-free and unlocked, although it’s likely to also be available on contract at some point. It has a very reasonable price for an unlocked smartphone though, and the cheapest we’ve seen it so far is from Mobile Fun at Â£110. The phone is also available to pre-order from Clove at Â£125 or from Amazon at Â£129.99.

No specific release date is available yet although Clove does say they anticipate the first stocks of the handset in early April, so there’s a bit of a wait for now. The model launching in the UK is E2003 with LTE bands 1,2,3,5,7,8 and 20 and it supports NFC.
The Xperia E4g specs are slightly improved over the standard Xperia E4 as it has a 1.5GHz quad-core 64-bit processor rather than a 1.3GHz CPU.

Further specs of the Xperia E4g include a 4.7-inch display with resolution of 960 x 540, 1GB of RAM, and 8GB of internal storage (expandable). It has a 5-megapixel rear camera with LED flash, a 2-megapixel front-facing unit, and a 2300 mAh battery, which Sony says will provide 2 days of battery life. It runs the Android 4.4 KitKat operating system that will be upgradable down the line to Android Lollipop.

Hit these Mobile Fun, Clove or Amazon product pages if you want to pre-order the handset from any of these retailers. The phone comes in black or white colour options though may not be available in both colors at the above retailers.

Do you think the Sony Xperia E4g is the smartphone you’re looking for? Are you going to place a pre-order right now? Send your comments to let us know.