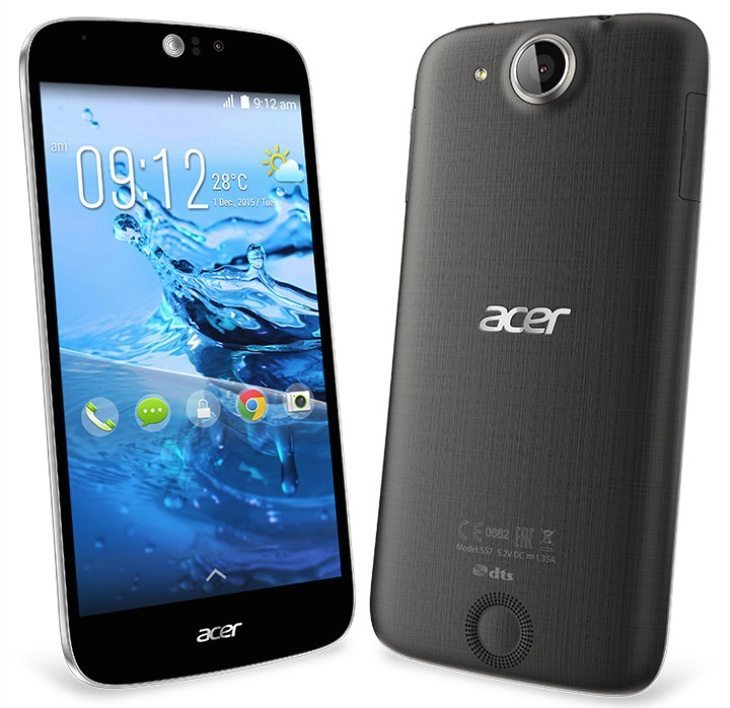 Although Mobile World Congress officially begins tomorrow, many manufacturers are announcing devices today. Later there will be news on the Galaxy S6 and One M9 flagships, but for now we have news on an upcoming Acer smartphone. The Acer Liquid Jade Z has now gone official and we have info on price and specs.

The Jade Z follows on from the Liquid Jade that released last year, and specs have now been confirmed as including a 1.5GHz MediaTek M56732 quad-core processor, Mali-T760 graphics, and a 5-inch IPS display with resolution of 1280 x 720 and featuring Gorilla Glass 3. The phone has 1GB of RAM, 8GB of internal storage (expandable via microSD), a 13-megapixel rear camera with autofocus, LED flash, f/1.8 aperture, and 1080p video capture, and a 5-megapixel front-facing snapper.

For connectivity there’s 4G LTE, 3G HSPA+, WiFi 802.11 b/g/n, Bluetooth and GPS. The Liquid Jade Z is a dual SIM handset with a 2300 mAh battery and running the Android 4.4 KitKat operating system that will be upgradable to Android 5.0 Lollipop. It weighs in at 120g and is 7.9mm thick. Some of the camera features include Dual Shot and Bright Magic, while another feature is AcerEXTEND that means users will be able to control the phone using a Windows-based PC via cable or wirelessly.

If you want the Acer Liquid Jade Z the all-important price has been announced as â‚¬199, that’s equivalent to around $223, Â£144 or Rs. 13,735, though pricing could vary by region. It will be available in black or white color options and the release will start rolling out in March for EMEA.

Do you like the look of the newly announced Acer Liquid Jade Z? Is this a phone you might buy if it releases in your region? We always welcome comments from readers.