Lenovo A7000 price and more made official 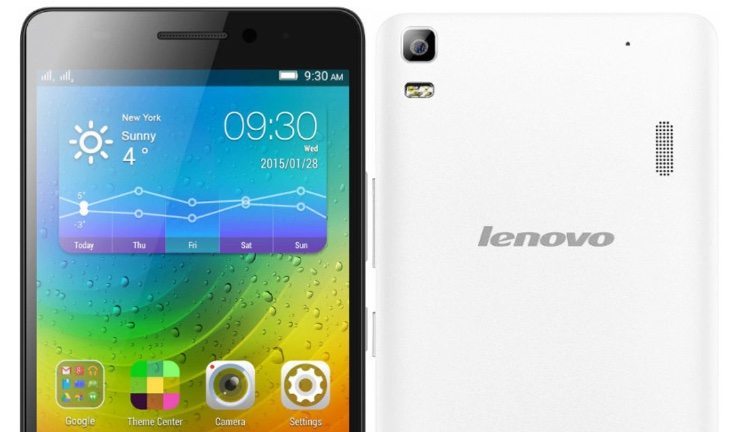 News from MWC 2015 is arriving thick and fast and the Lenovo A7000 is another new smartphone that has now been announced. The Lenovo A6000 has been extremely popular in some regions such as India, so now that the A7000 has been made official it will be interesting to see what it offers. Please read on for the full gen on specs and price.

Beginning with the specs the Lenovo A7000 has a 1.5GHz MediaTek MT6572M octa-core processor, Mali-T760 graphics, and a 5.5-inch IPS display with resolution of 1280 x 720. It has 2GB of RAM, and 8GB of internal storage that can be expanded via microSD. This is a Dual SIM (micro) handset that has an 8-megapixel rear camera with LED flash and a 5-megapixel front-facing snapper.

A removable 2900 mAh battery juices the handset and connectivity includes 4G LTE, 3G HSPA+, WiFi 802.11 b/g/n, Bluetooth 4.0 and GPS. It also features Dolby ATMOS for enhanced audio, making it the world’s first smartphone to do so. The A7000 runs the Android 5.0 Lollipop operating system, which is a nice bonus, with Lenovo’s Vibe UI.

We’ll be seeing plenty more new devices from MWC 2015 so do check back for more. Meanwhile it would be interesting to hear your initial impressions of the new Lenovo A7000? Will this new handset be your next smartphone purchase?

One thought on “Lenovo A7000 price and more made official”