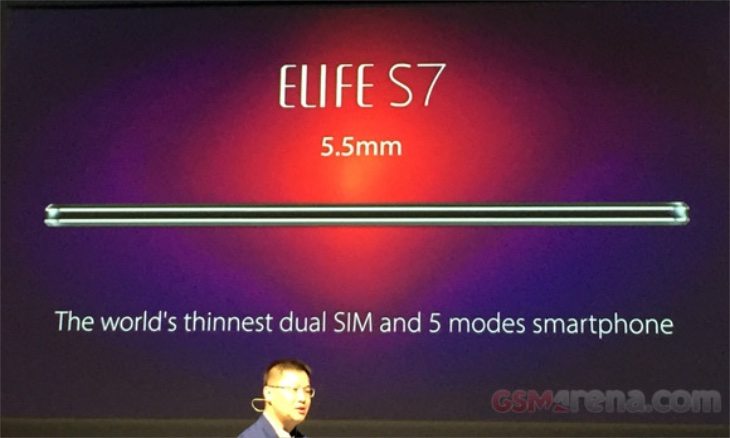 The Gionee Elife S7 is a smartphone that has already been leaked several times, and now it has become yet another new handset revealed at Mobile World Congress. It’s extremely slim at just 5.5mm thick, though not quite as skinny as the previously rumored 4.6mm. However, the Gionee Elife S7 official specs largely tie in with earlier leaks. Now that the price and specs are confirmed let’s take a look at what it offers.

News from MWC 2015 is pouring in and now the new Gionee handset has joined the fray. It’s a dual SIM handset so the slimness attained is quite impressive, and the battery life is also a focus. The design is described by Gionee as a U-shaped skeleton with aviation level alloy that looks pretty sleek, and the India launch of the phone will take place on April 3 though it will launch first in Macau on March 18.

The Gionee Elife S7 specs include a 1.7GHz MediaTek MT6572M octa-core 64-bit processor, Mali-T760 GPU, and a 5.2-inch AMOLED display with resolution of 1920 x 1080. It has 2GB of RAM and 16GB of internal storage, a 13-megapixel rear camera and 8-megapixel front-facing snapper. It will come out of the box running the Android 5.0 Lollipop OS. 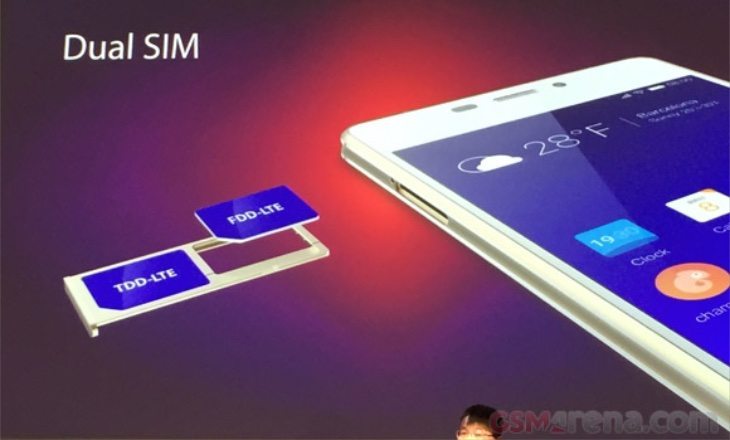 There are several features for the Elife S7 concerning battery life. It has a 2750 mAh battery and ACL technology is used for the display that can reduce power consumption by 25%. A Dark theme can decrease power usage by 30% compared to that of the default theme, and the chipset employs a Sensor Hub that gathers data so that the processor doesn’t have to do this so often. Gionee says that this can extend battery life by 32% giving around two days use. Another aspect is Extreme mode, which will limit features in emergencies and get you around 33 hours standby on a charge of only 10%.

The company also claims that the Elife S7 runs cooler than other smartphones out there, thanks to heat radiation materials and cooling areas. Further features are a large speaker that provides a 50% volume boost as it’s powered by NXP, as well as DTS for enhanced audio. This handset comes in Los Angeles Black, Maldives Blue and North Pole White color choices and it’s priced at â‚¬400.

Do you appreciate an ultraslim smartphone? If so would you consider purchasing the Gionee Elife S7 when it hits the shelves? We always appreciate comments from our readers.