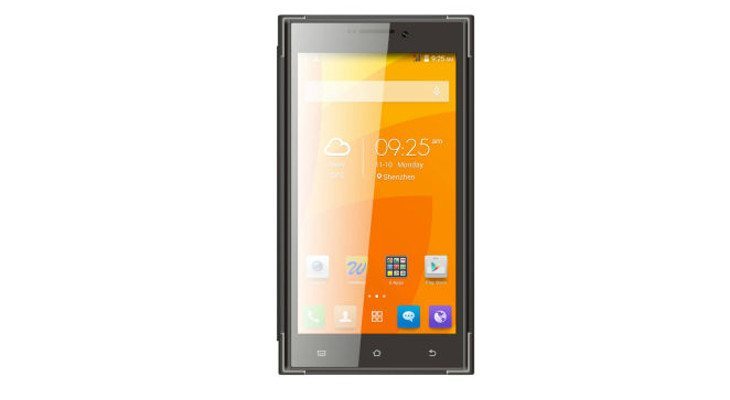 Karbonn has put out some nicely priced smartphones for India, and another one has rolled into the country today with the Karbonn Platinum P9. It’s another midrange handset from the company, but it has a couple of features that help set it apart from the pack.

Size has been a great topic of debate when it comes to smartphones, and a lot of consumers seem to enjoy devices under 5.5-inches. If you’re one of them, you may want to turn elsewhere as the Karbonn Platinum P9 sports a massive 6-inch panel. It’s huge, but the pixels aren’t going to be the clearest as the IPS panel carries a resolution of 960 x 540.

Under the Karbonn Platinum P9’s large slab of glass resides a 1.3GHz quad-core processor coupled with 1GB of RAM. The internal storage is listed at 16GB and is expandable up to 32GB with a microSD card slot. As for the cameras, you’ll get an 8MP snapper on the back with AF and an LED flash while the front-facing camera uses an 8MP sensor as well. Rounding things out for the dual-SIM Karbonn Platinum P9 are 3G, WiFi, Bluetooth, GPS, Android 4.4, and a 2,500mAh battery.

Aside from the low resolution on that big panel, the Karbonn Platinum P9 appears to be a solid handset and a fine choice for a mid-ranger depending on what you’re looking for out of a smartphone. If you’re interested in picking one up, you’ll be able to do that through Snapdeal for Rs. 8,899.