The OnePlus one expands availability to 16 new countries 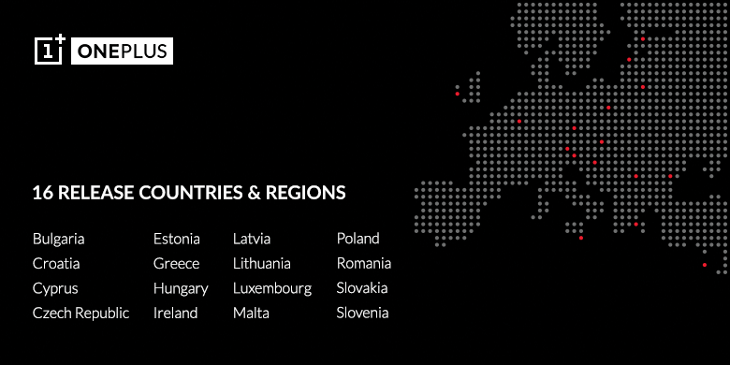 Remember when we used to make jokes about the OnePlus being hard to get? Well, that’s not the case anymore as the company has slowly expanded its reach over the past year and opened things up. That reach is fixing to get a little longer…

Smartphones, tablets and gadgets have been a hot topic over the past week, but OnePlus like many other companies have been rather quiet. That changed today as they’ve announced plans to roll out the OnePlus One to 16 new EU regions. Folks in Bulgaria, Croatia, Cyprus, Czech Republic, Estonia, Greece, Hungary, Ireland, Latvia, Lithuania, Luxembourg, Malta, Poland, Romania, Slovakia, and Slovenia. That is a lot of potential new customers.

The OnePlus One may be a bit dates when compared to the big guns from Sammy, but it still packs plenty of punch thanks to a Snapdragon 801 and 3GB of RAM. The software has been tweaked and improved since its release as well, so the initial bugs appear to be squashed. That said, the company is expected to roll out the OnePlus Two at some point this year, so that’s something to keep in mind.

At this time, we’re unsure of the OnePlus One release date for the new EU countries, but the company is going on a tour soon to kick things off. They will be in Warsaw on March 9th before moving on to Prague on March 10th, and Budapest on the 12th. More details on the release may surface then or soon after.