When it comes to smartphones, thin has definitely been in over the past couple of years. In 2015, curved displays are going to be the “next big thing” and Apple appears to be planning ahead. A new patent has just surfaced that shows the company may be working on a flexible iPhone display dubbed a Sidewall display.

The USPTO rolled out 41 new patents to Apple today, and among them was one that shows a form of flexible iPhone display. Apple refers to it as “Mini Flexible Edge Displays” with repurposing Active Virtual Buttons which sounds much more complex than it actually is. It’s a fancy way of saying they plan on putting a display on the edge of the iPhone, and the patent shows an intriguing idea.

Looking at the flexible edge display patents, Apple plans on embedding a display on the “Sidewall” of the handset, possibly in place of physical buttons. One schematic shows and edge with controls for the camera while another shows gaming controls on the back of the device. It’s a different approach from curving glass around the display, and would allow for virtual controls to be placed almost anywhere on the device.

The patent goes on to say that the buttons or other “user input interface elements” may be reconfigured. That would be a game changer as it would allow you to place camera controls on a sidewall if you’re snapping photos or switch to a “social” panel of sorts that could give you updates on your social media feeds. The gaming controls are even more intriguing as it would essentially give the iPhone shoulder or L&R buttons on the side. 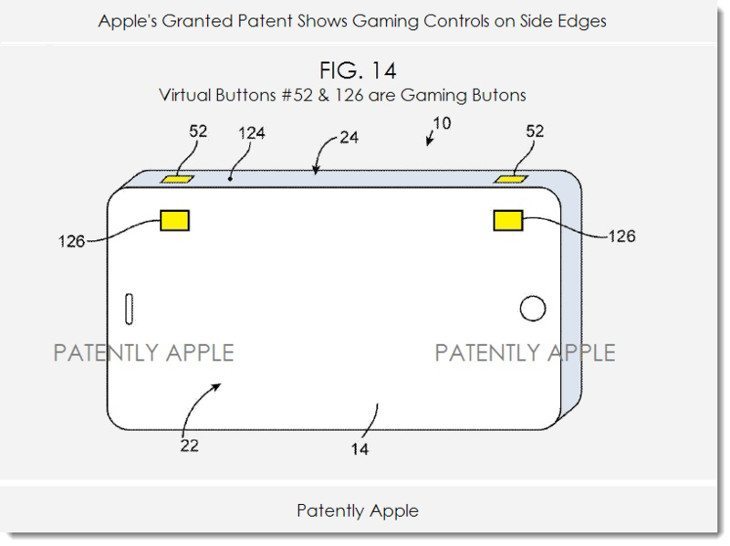 At this time, Apple’s mini flexible displays are just an idea, but it’s one we hope they are working on behind closed doors. If they want to go flexible, one would assume embedding panels would be simpler than curving glass and redesigning the entire iPhone, so it’s a tech we could see in the near future.

What do you think about Apple’s take on a “flexible” display?