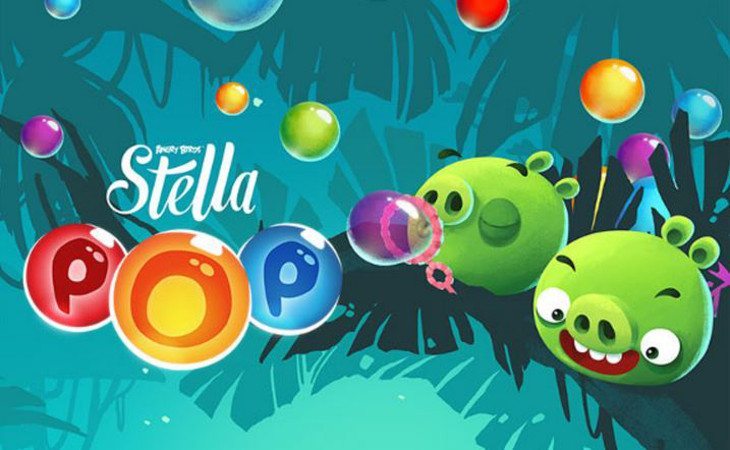 Rovio has been in the news quite a bit lately with the recently release of Jolly Jam and the soft-launch of a brand new Angry Birds game. Well, they just unleashed another mobile game that we didn’t see coming, and it’s probably not what you’re going to expect. Angry Birds Stella POP! has landed, and it’s here to eat up all your free time.

As the name implies, Angry Birds Stella POP! is a game featuring the Pink bird, otherwise known as Stella. Rovio ditched the popular physics flinging model for POP!, as you’re tasked with popping bubbles to take down the piggies. Yup, it’s a bubble shooter set in the world of Angry Birds, and it’s just as much fun as it sounds.

Each stage in Angry Birds Stella POP! is like every other bubble popper that came before it. You simply need to send a colored bubble flying towards like-colored bubbles to pop them, and you’ll earn points from doing so. As it’s an Angry Birds game, there are piggies present and in order to progress to the next level, you’ll need to set them free. When all the piggies hit the petals, you can progress to the next level and you can expect the normal does of boosts and IAP’s along the way. 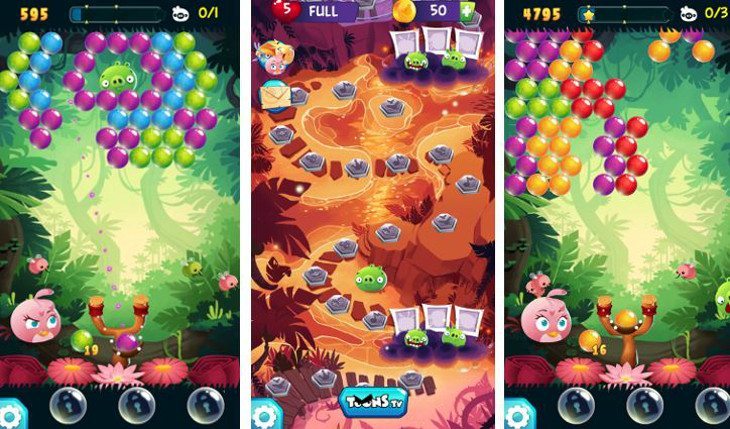 I haven’t had much time to spend with Angry Birds Stella POP! yet, but it’s safe to say you’ll dig this one if you like bubble popping games. It oozes style and is easy to pick up and play, so it’s a game that anyone in the family can enjoy. If you’re ready to start bursting bubbles, you can pick up Rovio’s Angry Birds Stella POP! for free on Google Play or the App Store.