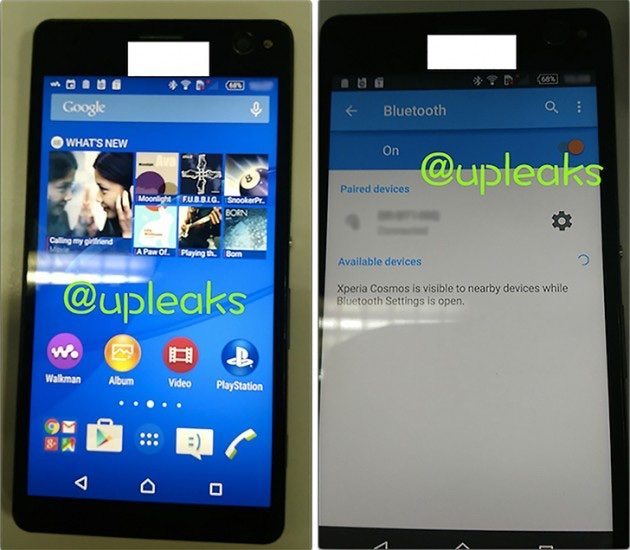 There’s always plenty of interest in upcoming Sony Xperia devices and a new one now being leaked is dubbed the Sony Xperia Cosmos. This looks to be a mid-range smartphone that will appeal to selfie enthusiasts, and leaked images of the phone have appeared although at this point not too much else is known.

The live photos of a phone called the Xperia Cosmos come from prolific leaker @upleaks. While we cannot verify the images, we will say that this source often gives reliable information about upcoming devices. The name of Xperia Cosmos can be seen in the image showing the device’s Settings menu.

The handset looks pretty standard fare with rounded corners, and specs are said to include a MediaTek MT 6572 64-bit octa-core processor. There looks to be a large selfie front-facing camera with LED flash, so it’s a prospective successor to the Xperia C3 that released last year.

The Sony Cosmos model number is given as E5306 and it’s running the Android 5.0 Lollipop operating system skinned with Sony’s UI, as we might expect for an upcoming Sony Xperia phone. At this point no further details of specs and features have come to light, but we’ll certainly be keeping our eyes and ears open for more information.

You can be sure we’ll let you know about further developments with this phone as we hear them, and in the meantime we’d like to hear from readers about the Sony Xperia Cosmos as seen in these images. Would you welcome another Sony Xperia handset? Drop us your comments in the box provided below.