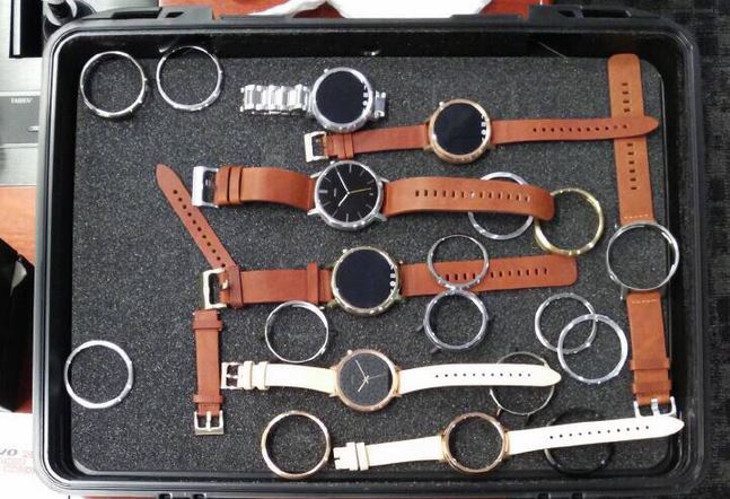 There has been a lot of talk about Apple first wearable, the Apple Watch. Before it was even on our radar, the Moto 360 was the hottest smartwatch around, and oddly enough, we haven’t heard much about a sequel. That changed briefly today as we believe we got our first look at the Moto 360 follow-up.

The new Moto 360 photos come from a source that’s about as legit as you can get — Yang Yuanqing. While the name may not be familiar, he’s the CEO of Lenovo, the company that purchased Motorola. There’s was no description given along with the photo, but it appears to show a device we assume is the Moto 360 sequel along with a slew of bands and bezels. 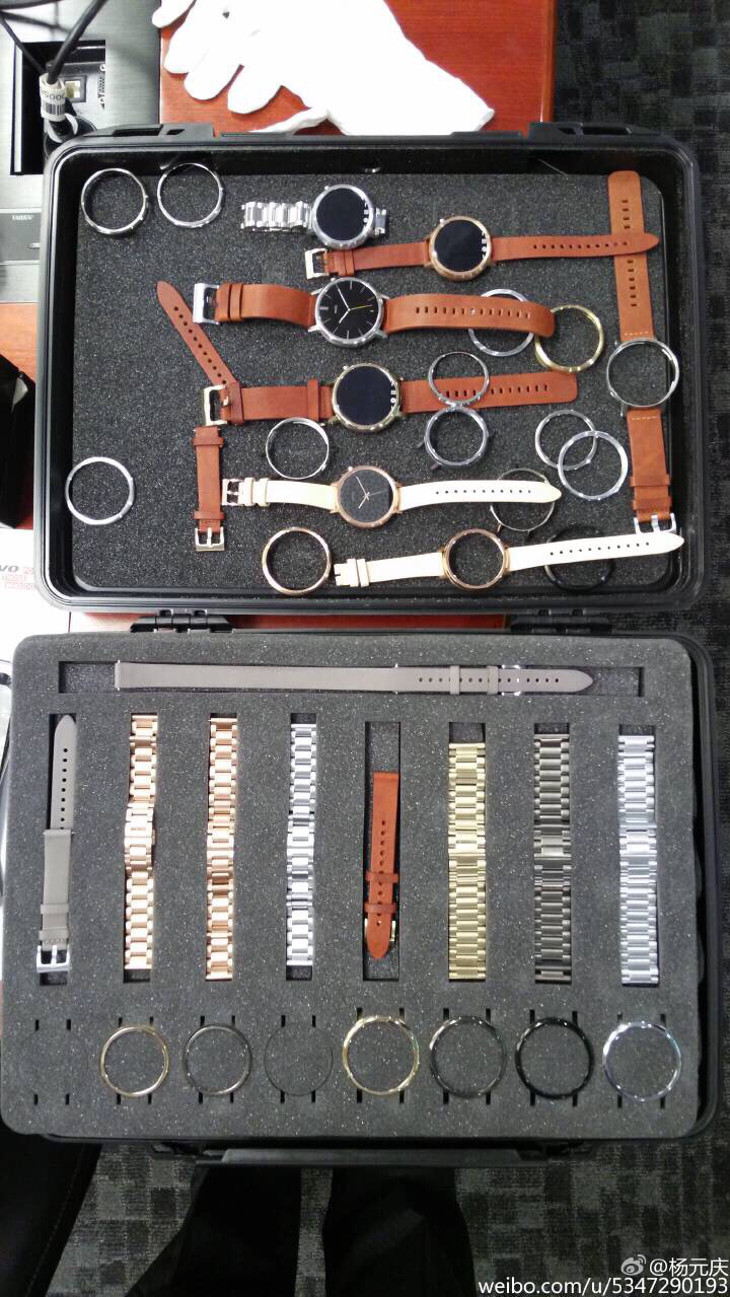 Motorola’s new wearable is shown lying in a case that holds a variety of bezels, bands, and a few 360’s. The bezels appear to be made from a variety of materials as there are golden ones, silver, black, and chrome. The bands basically line up with the bezels aside from the grey, white, and brown leather bands. The latter is shown in two different widths, as are several of the metal bands. Unfortunately, when you take a close look at the photo, that “flat tire” is still present.

The Moto 360 photo was taken down sometime after it went live on Weibo, and considering its source, we’re pretty intrigued. As for the flat tire, we’re taking that with a grain of salt at the moment as it’s hard to imagine Motorola not addressing that black bar in the sequel to the 360.

What do you think is going on with this new Moto 360 photo?