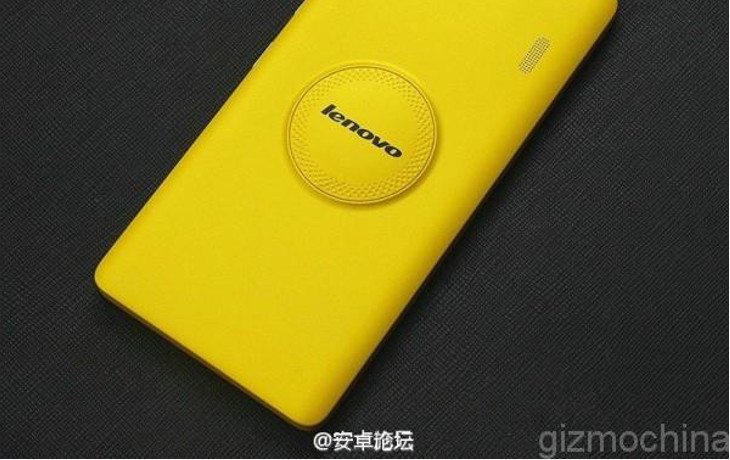 It’s safe to say that “Notes” are a growing trend, and in a few years most manufactures will have a phablet-sized Note in their lineup. Lenovo has just jumped on that supersized bandwagon with the release of a new device in China dubbed the Lenovo K3 Note.

The Lenovo K3 Note is the type of device that is going to stand out in a crowd, and not just due to its color. The handset has a unique look on its bright backside, and packs some surprising specs under the hood considering the Lenovo K3 Note price is listed starting at CNY899 which is around $145 in the states.

Lenovo has gone with a 5.5-inch FHD panel for the Lenovo K3 Note, and underneath the glass beats a 64-bit octa-core chip clocked at 1.7GHz. The chip is backed by 2GB of RAM, and you’ll have 16GB of internal storage to work with which can be kicked up to 32GB via a microSD card. On the backside, you’ll find a 13MP sensor and a dual-tone LED flash, while the front makes use of a 5MP snapper.

Connectivity options for the Lenovo K3 Note include Dual-SIM capabilities, 2G/3G, LTE, Wi-Fi, Bluetooth, and the usual array of sensors. It’s fairly thin at 7.6mm as well, and weighs 150grams. The Lenovo K3 Note will get its juice from a 3,000mAh battery, and while there’s been no word on the OS, it’s safe to assume it’s a skinned version of Android.

Now that you’ve heard the specs, you can see why the Lenovo K3 Note price tag is so attractive. Unfortunately, there has been no mention of a release outside of China at this time. We’ll keep you in the loop going forward on any news of a Lenovo K3 Note international release, as we feel it would be a popular device wherever it lands.

Would you like to see the Lenovo K3 Note come to your neck of the woods?