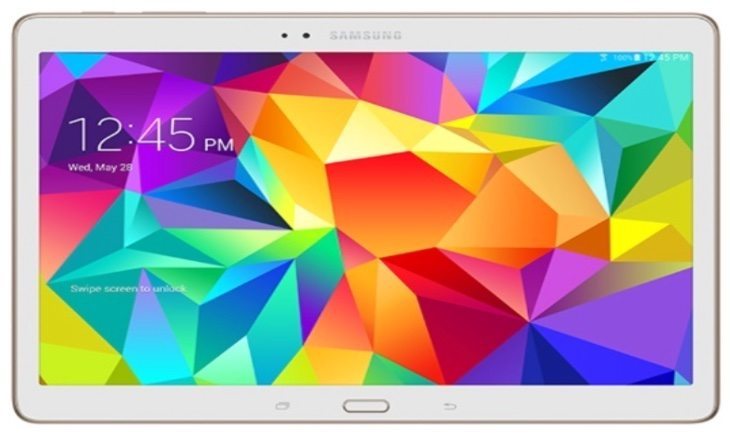 The Android Lollipop update is slowly progressing to an increasing number of devices but there’s still a long way to go. There’s good news for owners of one of Samsung’s Galaxy tablets though, as the Samsung Galaxy Tab S 10.5 Lollipop 5.0.2 update is now incoming. As usual the upgrade for this device has started arriving in one region, but we usually then see it rolling out to further markets before too much longer.

The Galaxy Tab S 10.5 released last summer running the Android 4.4.2 KitKat operating system so many owners will be looking forward to the improvements that Lollipop will bring. It’s arriving right now for the WiFi version of the tablet in France, in the form of Android 5.0.2 Lollipop for model number SM-T800.

This is appearing as an OTA (over-the-air) update or users can choose to install it via Samsung’s Kies. It moves the firmware to version T800XXU1BOCC and has a March 17th build date. Users of this device in France are receiving notifications about the update, but can also check manually by heading to the Menu on their device, followed by Settings, About Device, and finally Software Update.

Although there’s no news yet on when the update will spread to further regions, this is a good indicator for other markets. It doesn’t usually take very long to start cropping up for other countries so we expect to hear more on this over the next few weeks.

Are you pleased to hear that the Android 5.0.2 Lollipop update is now starting to be pushed out to the Samsung Galaxy Tab S 10.5? Maybe you wonder why OS updates can take quite some time to arrive for all owners of the same device?