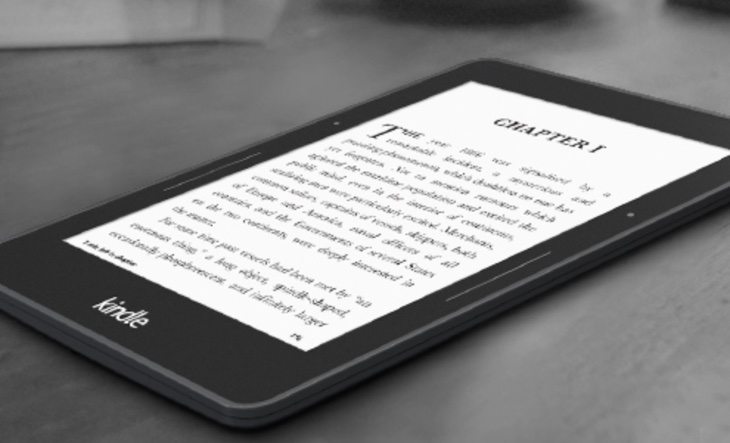 Another new device has arrived for India, and this time it’s the 7th-generation Amazon Kindle. The Kindle Voyage price for India has been announced and we also have news on availability. Do you have your sights set on this new Amazon Kindle e-reader?

Let’s start with the price, as that’s the first thing that many readers will want to know. The Kindle Voyage WiFi model is priced at Rs. 16,499 while the WiFi + 3G variant has a Rs. 20,499 price tag. It’s available from more than 350 stores in India as well as from Amazon India online. The Voyage e-reader is just 7.6mm thick and weighs 188g and is has 4GB of on-device storage.

Amazon claims it has a battery life that will last for up to 6 weeks (with wireless off) and is has WiFi 802.11 b/g/n. The 3G model supports EDGE/GPRS, allowing users to download books while out and about without incurring data charges. The tablet has a display resolution resulting in 300 ppi, a built-in light sensor that controls a new adaptive front light, and PagePress page turn buttons with haptic feedback.

At the launch Country Manager of Kindle India Rajiv Mehta said, “The stylishly designed Kindle Voyage was crafted to give readers the best possible reading experience. They can download books from the selection of 2.5 million ebooks in the India Kindle Store, read for hours without eyestrain or glare, and even read in bright sunlight. With free 3G available on Kindle Voyage, users never have to hunt for or pay for a Wi-Fi hotspot. With a battery life that’s measured in weeks, it is the perfect reading companion.”

If you want to order the Kindle Voyage or see further details you can do so at this Amazon India product page where it’s listed as in stock at the time of writing. If you’re thinking of purchasing a new device, will it be the Amazon Kindle Voyage e-reader? Let us know with your comments.