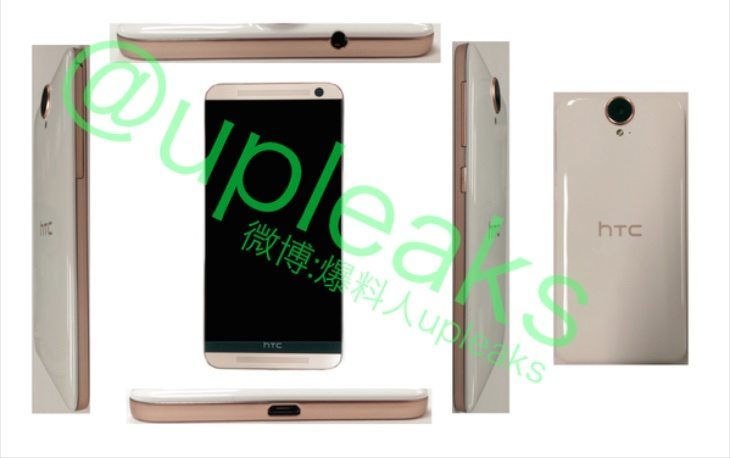 Over the last few weeks there have been rumors about a smartphone dubbed the HTC A55, and it then turned out that this is likely to be titled the HTC One E9 on launch. We’ve already seen some photos of the device from a TENAA certification listing, and now some new HTC One E9 images have surfaced that give us a further look at the handset.

The TENAA appearance gave us some of the very impressive specs of the One E9 and also an idea of what it looks like, basically a plastic variety of the flagship HTC One M9. This follows the pattern set last year when the One M8 was followed by the One E8.

Now new images purporting to be promotional pictures of the One E9 have appeared online. These images tie in nicely with the previous ones we’ve seen of the device so far, so although we cannot verify them they look plausible. They also come from a source that has previously supplied reliable product information.

Unofficial specs of the One E9 include a 2GHz MediaTek MT6795 octa-core processor, a 5.5-inch display with Quad HD resolution of 2560 x 1440, 3GB of RAM, and 32GB of internal storage. It’s thought to have a 20-megapixel rear camera and 4-megapixel UltraPixel front-facing camera, and it will be running the Android 5.0 Lollipop operating system with HTC’s Sense 7 UI on release.

As we’re seeing an increasing amount of leaks on the One E9 aka A55, it seems likely that we’ll be hearing something official very soon and we’ll be keeping tabs on future developments. Are you looking forward to hearing more about the HTC One E9?