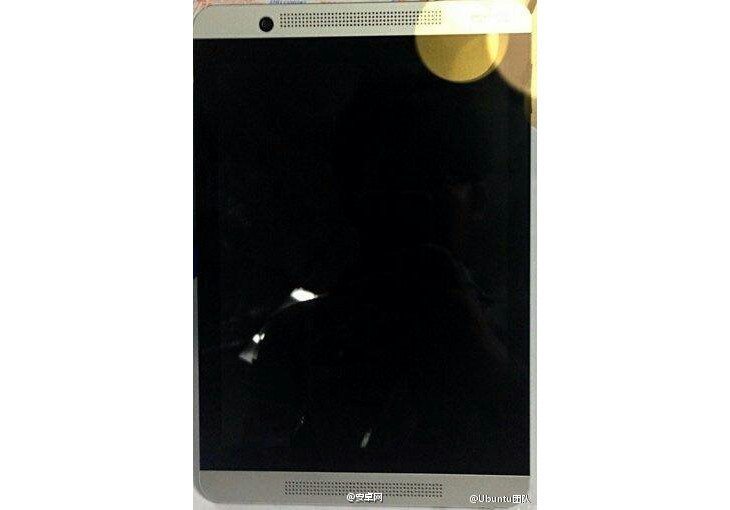 Earlier today we told you about a slew of upcoming devices from HTC, and talked about the HTC A50AML smartphone. Now we’re going to take a look at a device that could be its companion with the HTC T1H. It’s a new tablet from the company, and it could be one to watch considering what they did with the Nexus 9.

The new HTC T1H specs leak comes from @upleaks, and the leaker took to Weibo to out the HTC T1H tablet. According to the leak, it will be similar to the Nexus 9 in size with an 8.9-inch QHD panel, but that’s about all they will have in common as the style is different as are the innards.

Powering the HTC T1H tablet is a 2.2GHz Allwinner SoC, which makes the slate the second new HTC product (so far) to opt out of the Snapdragon chip. That processor will be backed by 2GB of RAM, and the storage options are listed at 16GB and 32GB with no mention of a microSD card. Other options listed include GPS, HTC BoomSound speakers, and LTE or Wi-Fi only depending on your preference. The slate will be powered by a 6,700mAh batteryÂ and is listed as runningÂ Android 5.0 with HTC Sense 7.0 for tablets.

In a nutshell, the HTC T1H tablet is a giant HTC One M9 and that’s not a bad thing if you dig the company’s design. The slate should have plenty of pop, and could prove quiet popular if the price is right. Hopefully, we won’t have to wait long to hear something official from HTC on the HTC T1H pricing and availability.