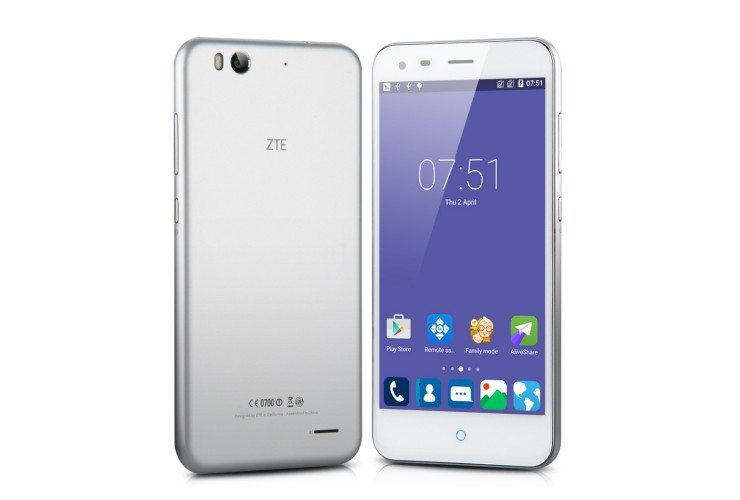 The online force known as eBay might be the last place you think of when it comes to a new product launch, but we’ve seen a number of gadgets revealed through the site over the past couple of years. The ZTE Blade S6 Plus release is the latest to take that route, and you can bet the company will reach a wide audience thanks to a nice set of specs and a low price tag.

The ZTE Blade S6 Plus is larger than its predecessor, but the specs largely remain the same. This means you’re looking at a 5.5-inch panel with a resolution of 720p, a Snapdragon 615 chip, and 2GB of RAM. The storage capacity is listed at 16GB, but it’s expandable up to 64GB with a microSD card. Other features to note include a 13MP rear camera, 5MP front-facing snapper, LTE, and dual-SIM compatibility. The ZTE Blade S6 Plus will get its juice from a 2,400mAh battery and runs Android 5.0 with MiFavor 3.0 on top.

As you can see from the ZTE Blade S6 Plus specs, it is a desirable handset if you don’t have to have a QHD display or top-tier processor. At this time, it can be yours for $269.99/â‚¬252.99 through eBay, but the pricing is said to be for a “limited time” so you’ll want to act fast.

What do you think about the ZTE Blade S6 Plus release through eBay?