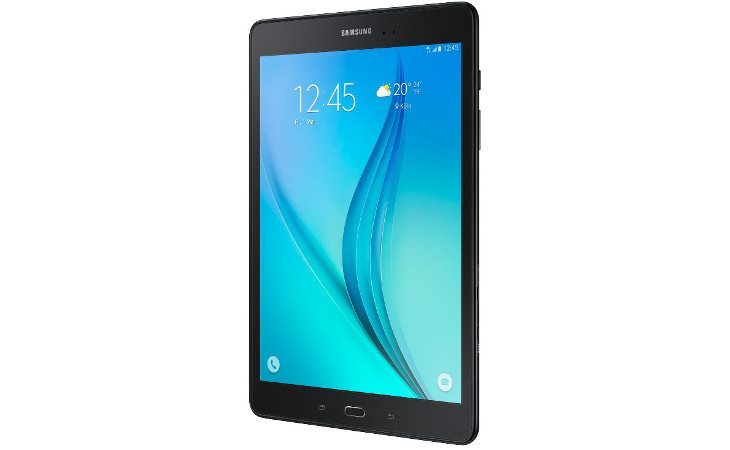 We all knew Samsung had new tablets in the works, and one of the lineups is set to be the Galaxy Tab A’s. The tablets made an appearance in Russia last month, and now Sammy is getting ready to bring the slates to a wider audience in Europe. The Samsung Galaxy Tab A 9.7 release is coming to Germany, and it’s set to arrive next month.

The Samsung Galaxy Tab A series crossed our radars in February when hey Tab A and Galaxy Tab A Plus specs were revealed. They aren’t a high-end tablet line like the Galaxy Tab Pro or Note, but a new breed of midranger that’s built to not break the bank.

The Galaxy Tab A will arrive in Germany next month with a 9.7-inch panel sporting a resolution of 1,024 x 768. Beneath the glass beats a Snapdragon 410 paired with 1GB of RAM, and 16GB of expandable storage. As you’d expect, Sammy has included a microSD card slot so you can kick that storage up to a whopping 128GB if you’ve got the right card.

The rear camera of the Samsung Galaxy Tab A 9.7 is listed at 5MP while the front-facing snapper is a 2MP sensor. Connectivity options include Wi-Fi, Bluetooth, and GPS, but there is a 4G LTE variant with voice-calling (and 2GB of RAM) as well. The Galaxy Tab A will has dual-speakers, is powered by a 6,000mAh battery, and runs Android 5.0 out of the box.

The Samsung Galaxy Tab A 9.7 will arrive in Germany sometime in early May for a price of â‚¬299 on the Wi-Fi model while the LTE variant will set you back â‚¬349. Pricing hasn’t been announced for other regions yet, but we expect that to change in the near future.

Are you looking forward to seeing the new Galaxy Tab A series come to your region?