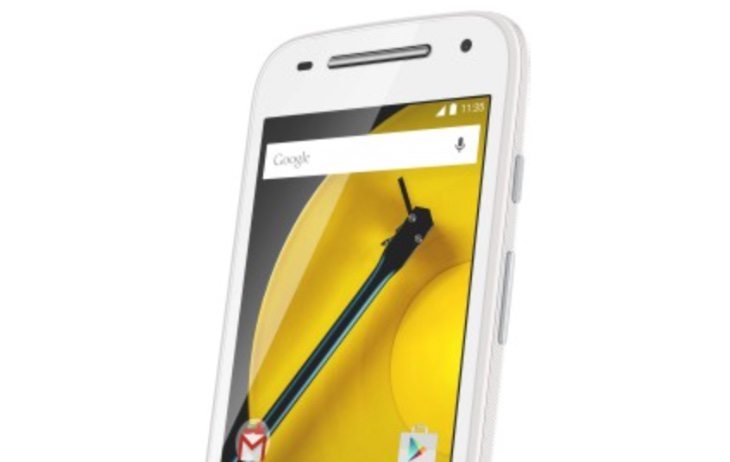 The Motorola Moto E (2015) is likely to be a big seller in India where the 3G model has already been on sale, and now there’s some good news for those who have held out for the second-generation 4G version. We have details of Moto E 2nd gen 4G LTE India launch offers and price and you can pre-order it right now.

The 3G variant launched in India as an exclusive for Flipkart and Motorola said at that time that the 4G model would also be on sale at some point. The 3G version is up for grabs at Rs. 6,999 and now the second-gen 4G LTE Moto E price has been announced at Rs. 7,999, also available exclusively from Flipkart.

The giant retailer has the 4G phone on sale in white or black color options to order now, with an estimated shipping date from April 23rd, so there’s not too much longer to wait until you can get your hands on it. Launch offers on Flipkart include — Flat 70% off on 8GB Transcend Class 4, 6 months of unlimited music downloads on Saavn Pro, and 100% Cashback for 200 customers.

Specs of the 3G and 4G models are similar except that the 4G LTE variant steps up in processor. Therefore full specs of the Moto E 2nd gen 4G LTE include a 1.2GHz Snapdragon 410 quad-core processor, Adreno 306 graphics, a 4.5-inch display with resolution of 960 x 540, 1GB of RAM, and 8GB of internal storage that’s expandable to 128GB via microSD.

If you want to find out much more about the Moto E 2nd gen you might like to check out some of our previous articles on it. These include comparisons with other handsets such as the Moto G 2nd gen, Xiaomi Redmi 2, and Lenovo A6000, reviews, an unboxing and more.

Are you about to place your order for the Moto E 2nd gen 4G LTE smartphone in India? What is it about this budget Motorola handset that most appeals to you?