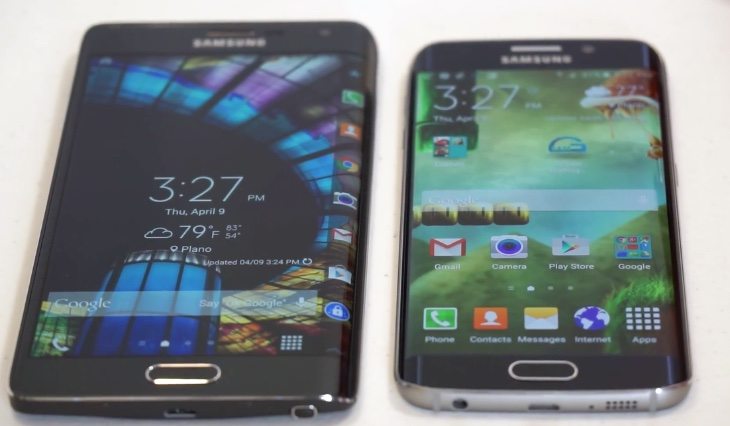 The main difference between them as far as their designs are concerned is that the Galaxy Note Edge has a curved edge along one side whereas the new Galaxy S6 Edge has dual curved edges. Size is also an important difference as the Note Edge is a phablet with a 5.6-inch display whereas the S6 Edge has a smaller 5.1-inch display, so for some the choice may already be made purely on this point. Another factor to take into account is that the older Note Edge comes with the use of the S Pen Stylus.

Both have an impressive array of specs and features and the Galaxy S6 Edge has received a very positive response so far from tech experts and potential buyers alike. There has been widespread praise for the newest Samsung handset as it has stepped up to a more premium design, although some rue the lack of expandable storage via microSD and the change to a non-removable battery. On the other hand the Galaxy Note Edge may be a bit older but it still features a microSD card slot and a removable battery. 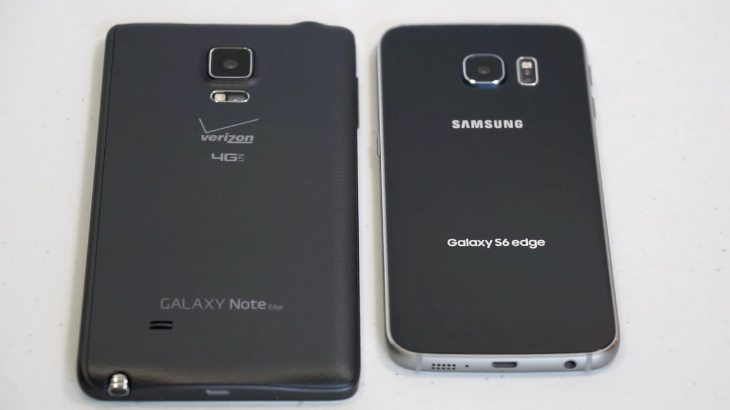 These are just a few of the differences between them but for much more we’ve embedded a YouTube video below this post from Mobile Tech Review. It’s a comprehensive comparison of the Galaxy S6 Edge and Note Edge, and at 18-minutes long it gives plenty of information and food for thought. It also offers the chance to see both phones up close so that you can get an idea of the differences in design and size.

The video begins with looking at the designs and discussing the ways that the curved edge displays work. There’s more difference here than you may realize as the single curved edge on the Galaxy Note Edge acts as an independent display with more functionality than the dual edges of the S6 Edge. It continues by looking at storage and batteries of the two devices, the new and improved fingerprint sensor of the S6 Edge over that of the Note Edge, software, processors and performance, and camera capabilities.

Many other aspects are also discussed and in the wrap-up the differences are summarized with some useful insight. This review should therefore give you a really good idea of which of these two phones might be your best choice, and after you’ve checked out the video below we’d like to hear from you. Have you decided whether to purchase the Samsung Galaxy S6 Edge or the Galaxy Note Edge? Let us know which is your choice and why?