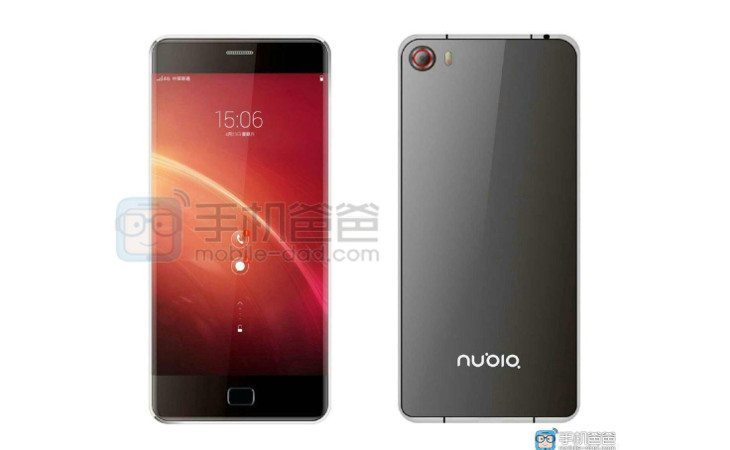 Curved, edged or bezel-less are words you’ll hear a lot in 2015 as several mobile manufacturers are jumping on the next-gen display bandwagon. Just last week, we told you about the interesting ZTE Nubia Z9 design, and now a new Nubia Z9 render has appeared that shows the smartphone may have beveled edges.

The ZTE Nubia Z9 photo from last week showed a device believed to be the Z9 out in the wild. It was a clear shot, that clearly showed a slim silver band around the outside, but as the screen was powered off, we couldn’t see the black bezel. The new renders seem to have cleared that up, and if they’re legit, the ZTE Nubia Z9 design will sport an edge of sorts.

The new leak shows a similar handset with a home button and edges that are clearly curved. It gives the handset an edge-to-edge look, and those edges don’t appear to be nearly as curved as the ones on the Note Edge or Galaxy S6 Edge. Any functionality from the design is unlikely, but it certainly is slick. As for the back, there’s a sensor with what looks to be a dual-tone flash. The backside also appears to be made out of glass, so it’s safe to say ZTE has taken a thing or two from the Galaxy S6 design.

Keep in mind, the ZTE Nubia Z9 render isn’t official, and the final design could be different from what we’re seeing today. We’re not sure of the ZTE Nubia Z9 release date at this time, but we’ll keep you in the loop as we learn more.

What do you think about the new ZTE Nubia Z9 renders?