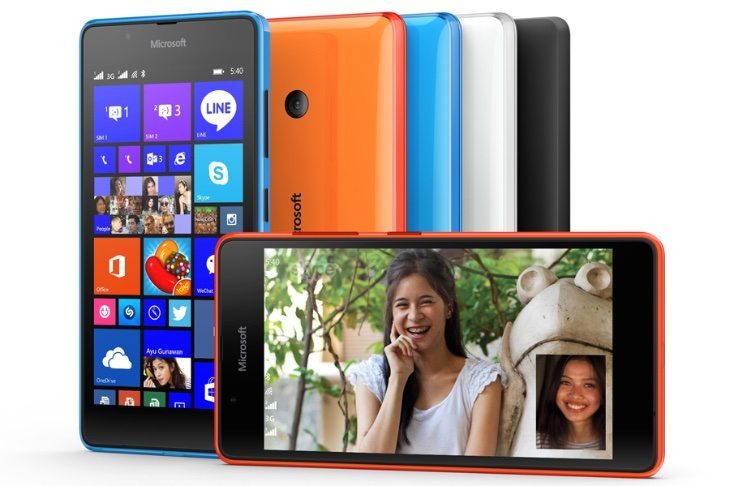 While many people are waiting for a high-end new Lumia smartphone to launch, there’s news on a new low to mid-range handset instead. The Microsoft Lumia 540 Dual SIM has just been made official and it will have an affordable price tag of $149 before taxes and subsidies so it’s likely to see plenty of demand. It’s due to release in early May and we have specs and availability details coming right up.

Microsoft says that the Lumia 540 will be available for Italy, IMEA, and APAC regions. It’s equipped with a 1.2GHz Snapdragon 200 quad-core processor and has a 5-inch display with resolution of 1280 x 720 and 294 ppi. There’s 1GB of RAM and 8GB of internal storage, which isn’t too exciting. However this can be expanded to 128GB via microSD and users also benefit from 15GB of OneDrive cloud storage as well as an extra 15GB on activation of auto-upload to OneDrive within the camera settings.

Further specs of the Lumia 540 include an 8-megapixel rear camera with autofocus and LED flash, a 5-megapixel wide-angle front-facing camera for selfie lovers and a removable 2200 mAh battery. The dual SIM handset features Smart Dual SIM enabling users to produce different profiles for each SIM and also offering call-forwarding. It runs the Windows Phone 8.1 operating system with the Lumia Denim update and at some point there will be an upgrade to Windows 10.

The handset weighs in at 152g and measures 144mm x 73.69mm x 9.35mm thick so don’t expect anything slimline. The Lumia 540 Dual SIM comes in matte black, glossy cyan, orange or white color choices. Does the Microsoft Lumia 540 Dual SIM sound like a smartphone you will want to get your hands on when it becomes available next month?