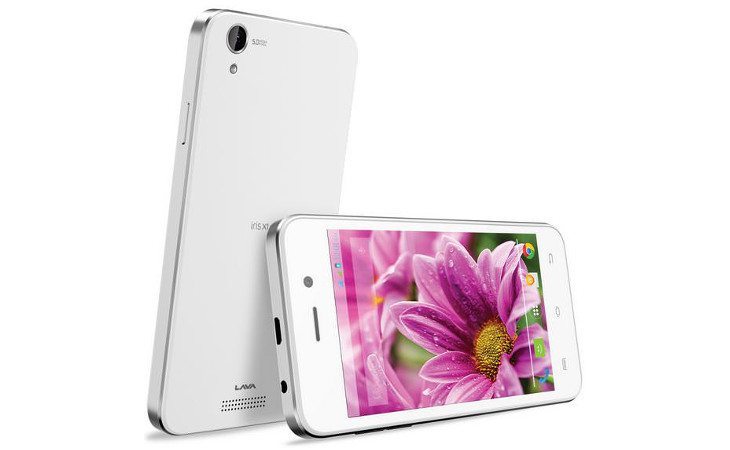 Lava’s Iris lineup is growing, and the most recent member of its family was just announced for India. It’s called the Lava Iris X1 Atom, and it’s a sharp looking handset that won’t break the bank with a price tag of Rs. 4,444.

The Lava Iris X1 Atom is bound for India, and while it carries the style of the “Iris” series, the specs show that it’s a device geared towards budget-minded consumers. That means you’re looking at a 4-inch display with a resolution of 480 x 800, and a quad-core chip clocked at 1.2GHz. You’ll find 512MB of RAM under the hood as well, and the internal storage is listed at 4GB, but expandable up to 32GB.

The rear camera on the Lava Iris X1 Atom uses a 5MP PureCel sensor, while the snapper on the back is listed as a VGA camera. Connectivity options include Wi-Fi, Bluetooth, 3G, GPS, and micro-USB. The Lava Iris X1 Atom is a Dual-SIM handset that gets its juice from a 1,750mAh battery, and runs Android 4.4 with an update to Lollipop said to be in the works.

The Lava Iris X1 Atom may not tear up the benchmark listings, but it would make a good first phone or backup for Rs. 4,444. The smartphone is set to go on sale in the country next week, and you’ll have three different colors to choose from when it arrives.