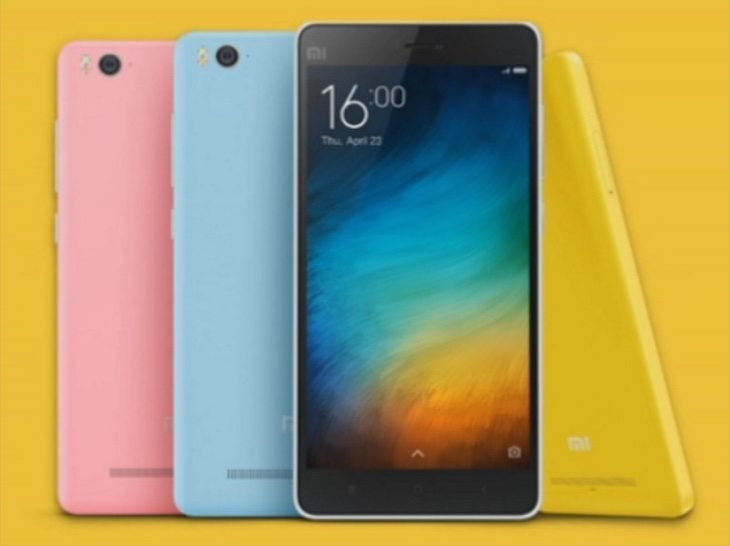 We knew that a Xiaomi Mi4 alternative was on the way and now the Mi 4i has just been announced at a Mi phone event taking part in India. It was teased as a global handset so should also be launching in further regions, and has an octa-core processor and an array of decent specs. Considering this the Xiaomi Mi 4i price appears to offer great value for the soon to release smartphone.

Earlier this month we reported on a benchmark leak for the Mi 4i that gave some of the specs away, but now all of the details have been confirmed including the price of the device for India. The Xiaomi Mi 4i will set you back Rs. 12,999 and will be sold through the flash sale system. The first such sale will take place on Flipkart on April 30th, with registrations open from 8pm today. At some future point the phone will also be available from Mi.com and from other Xiaomi partners.

It’s equipped with a Snapdragon 615 64-bit octa-core processor (4 cores at 1.7GHz and 4 at 1.1GHz, Adreno 405 graphics, and has a 5-inch IPS display with Full HD resolution of 1920 x 1080 and 441 ppi that has a Sunlight Display feature to get the best out of it when in bright sunlight. There’s 2GB of RAM, 16GB of internal storage (non-expandable) and camera capabilities include a 13-megapixel rear camera with dual-tone flash and f/2.0 aperture plus a 5-megapixel front-facing sensor.

The Xiaomi Mi 4i runs the Android Lollipop-based MIUI 6 with support for 6 different Indian languages, Bengali, Hindi, Kannada,Malayalam, Tamil, and Telugu. This is a dual SIM dual standby handset with both SIMs supporting 4G LTE connectivity, compatible for bands in India. It carries a 3120 mAh battery featuring quick charge of 40% in one hour or 100% in three hours.

The phone has a unibody polycarbonate build with soft-touch matte finish, weighs 130g and is 7.8mm thick, that’s 12% thinner than the standard Mi4. It comes in black, light blue, orange, pink, and white color choices. The Rs. 12,999 price tag makes this a competitively priced smartphone that’s also likely to see plenty of interest in other markets, and we hope to bring more on that soon. As a rough guide that price is equivalent to around $205, Â£136, or â‚¬190, but of course prices may vary according to regional market.

We’d be interested to hear your first thoughts on the Xiaomi Mi 4i? Do you think the price sounds reasonable for what it has to offer? Do let us know.