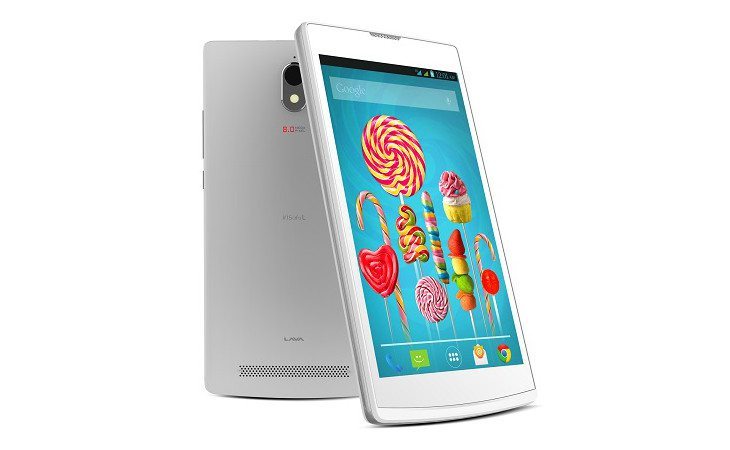 Lava has been on a roll in April, and we’ve already covered three different handsets from the company this month. Well, the month isn’t over and they’ve just announced a fourth smartphone for India with the Lava Iris Alfa L. Unlike the devices that came before it, the Lava Iris Alfa L specs show that it’s a bit more modern.

Major manufacturers are rolling out their 2015 handsets with Lollipop pre-installed, but it’s something we don’t see a lot of from companies out of India. Lava has bucked that trend with the Lava Iris Alfa L, as it will come with Android 5.0 out of the box, which makes it well worth a look considering its price tag of Rs. 8,000.

As for the Lava Iris Alfa L specs, it sports a large 5.5-inch panel, but unfortunately those pixels won’t pop with a resolution of 540 x 960. Under the glass, resides a quad-core 1.3GHz MediaTek chip, which is backed by the usual mid-range combo of 1GB of RAM and 8GB of internal storage.

Powering the Lava Iris Alfa L is a 3,000mAh battery, and on its backside you’ll find a 8MP PureCel sensor to go along with a 2MP snapper on the front. Connectivity options include Wi-Fi, Bluetooth, GPS, 3G, and Dual-SIM capabilities. The Lava Alfa L weighs 165grams and measures 152mm x 78.9mm x 9.35mm.

The Lava Iris Alfa L may not be all that impressive under the hood, but it’s not underpowered compared to other handsets in its class. It’s also one of a handful of Android 5.0 smartphones under $130 as it will only set you back Rs. 8,000 in India.

What do you think about the pricing and specifications of the Lava Iris Alfa L?