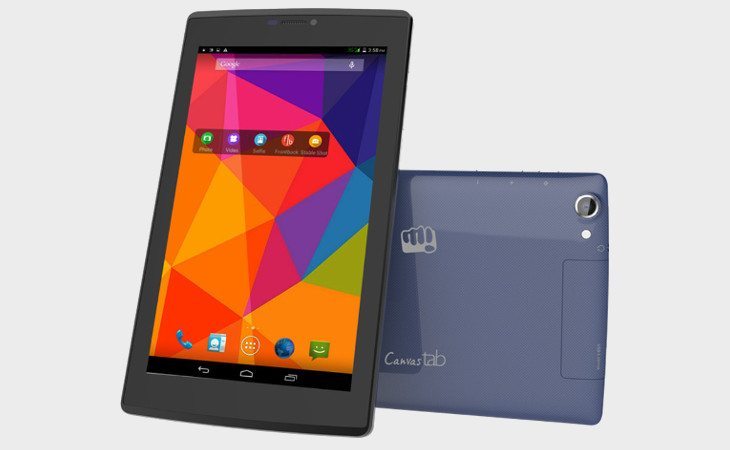 Micromax makes plenty of smartphones, but their tablet selection is a bit slim by comparison. A new tablet has just been announced for India with the Micromax Canvas Tab P480, and it has a unique feature for tablets that makes it worth a look.

Not everyone wants to tote around two devices when they are out and about. The Micromax Canvas Tab P480 will allow you to leave your smartphone at home if you choose as it features voice-calling. You may look a little funny holding a 7-inch slate to your face,Â  but it’s a feature that would certainly be handy if you need it.

As for the rest of the Micromax Canvas Tab P480 specs, you’re looking at a 1.3GHz quad-core chip with 1GB of RAM, and 8GB of expandable storage. That 7-inch screen features a resolution of 1,024 x 600, and it comes with Dual-SIM capabilities, Wi-Fi, 3G, Bluetooth and GPS. Other features to note include a 5MP rear camera, 2MP front-facing snapper, a 3,000mAh battery, and Android 4.4.

The Micromax Canvas Tab P480 specs aren’t going to blow you away, but it appears to be a solid mid-ranger with voice-calling capabilities. It’s expected to arrive in India before the end of the month in Blue and White with a price tag of Rs. 6,999.