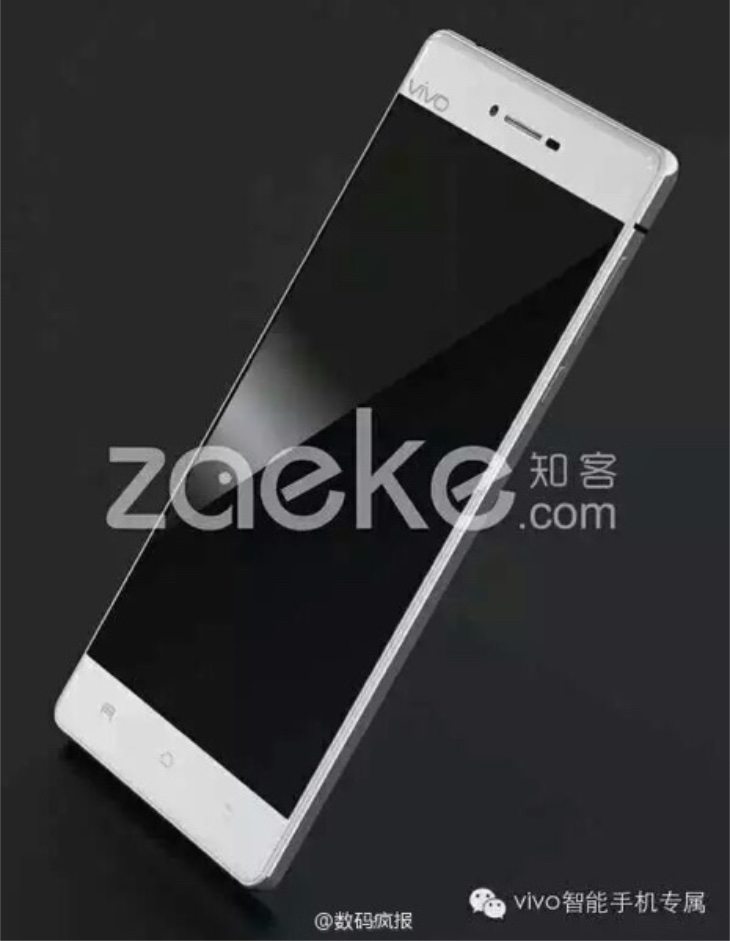 If you have been waiting for news on an upcoming Vivo smartphone then this is your day, as news is coming in thick and fast. Today we have a purported Vivo X5 Pro image as well as a tipped launch date for the device. If this is accurate then there is not too much longer to wait.

News out of China says that the X5 Pro will launch in just 10 more days on May 7. That just happens to be the same date as when the Vivo Xshot was introduced last year. Unofficial specs of the smartphone include a Qualcomm 615 oct-core processor, 3GB of RAM, and a 3500 mAh battery.

The camera is said to have phase detection autofocus, and the front glass of the handset is claimed to have slightly curved corners, which should offer a 2.5D effect. The phone will be running Android Lollipop skinned with Vivo’s Funtouch UI. As well as this, a claimed press render of the phone has also appeared online and you can see it shown here.

This largely fits with previous teaser images of the X5 Pro that have surfaced over the last few weeks, although we cannot verify its authenticity at this stage. Similarly with the leaked launch date we should remember that this is not official so have the salt pot handy. We’ll certainly be following this with interest though, and when we hear more about the Vivo X5 Pro we’ll let you know.

If this claimed press render of the Vivo X5 Pro is genuine, do you like the look of this upcoming handset? Are you waiting to hear more about this Vivo smartphone? Do let us know by dropping your comments in the box below.