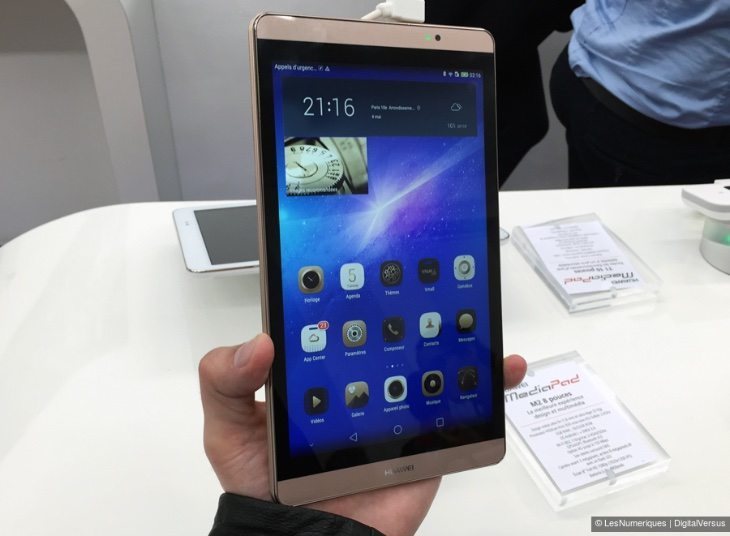 The Huawei MediaPad M2 tablet has not been officially announced yet, but this successor to the MediaPad M1 has shown up in an official company pop-up store in France. The device has an octa-core processor, and will come in WiFi-only and also WiFi + 4G models. You can read on for more on specs and features of the Huawei MediaPad M2.

Specs of the MediaPad M2 include a 2GHz HighSilicon Kirin 930 64-bit octa-core processor, an 8-inch display with resolution of 1920 x 1200, 2GB of RAM, and 16GB of internal storage that can be expanded via microSD. It has an 8-megapixel rear camera with LED flash, a 2-megapixel front-facing unit, and 4800 mAh battery.

It runs the Android 5.0 Lollipop operating system skinned with Huawei’s Emotion UI 3.1. Finally, the device weighs in at 310g and is 7.8mm thin. Does the Huawei MediaPad M2 sound like a new tablet that you might buy when it goes on sale soon? Let us know by sending us your comments.