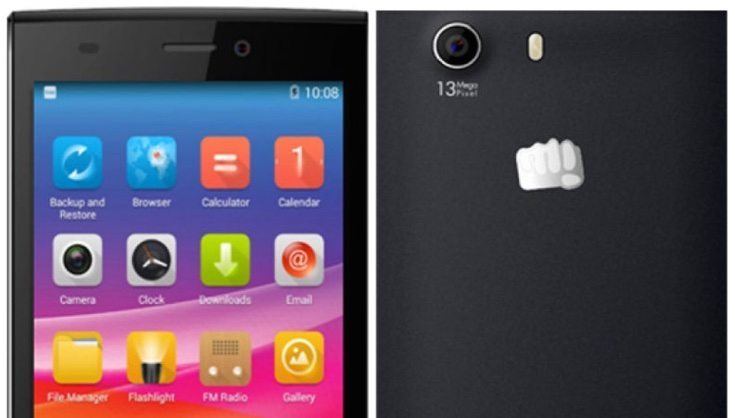 Micromax is a prolific smartphone manufacturer in India and another new handset in the Canvas lineup has just become available. The Micromax Canvas Nitro 2 (E311) is now on sale and priced at Rs. 10,199, and we have details on specs and more right ahead.

The Canvas Nitro 2 follows the original Canvas Nitro that released in September last year, so you might expect it to have improved specs. In fact that’s not really the case as many of the specs are the same and it actually has a slightly slower processor and lower capacity battery, which may surprise some potential buyers.

Specs of the Canvas Nitro 2 E311 include a 1.4GHz MediaTek MT6592M octa-core processor (rather than 1.7GHz on the first Nitro), a 5-inch IPS display with HD resolution of 1280 x 720, 2GB of RAM, and 16GB of internal storage that can be expanded to 32GB via microSD. It has a 13-megapixel rear camera with autofocus and LED flash, as well as a 5-megapixel front-facing camera.

This dual SIM handset has a 2400 mAh battery, FM radio, and 3.5mm audio jack, and connectivity options include 3G HSPA+, WiFi 802.11 b/g/n, Bluetooth 4.0, and GPS. It runs the Android 4.4 KitKat operating system and is currently in stock in a grey color from Infibeam where it was first priced at Rs. 10,399, but now in fact has just been lowered to Rs. 10,199. We notice that on the online product page it states that this is a hot deal that will last for 7 days.

Does the Micromax Canvas Nitro 2 E311 sound like a smartphone that you might be interested in? We always appreciate receiving comments from readers so why not let us know.