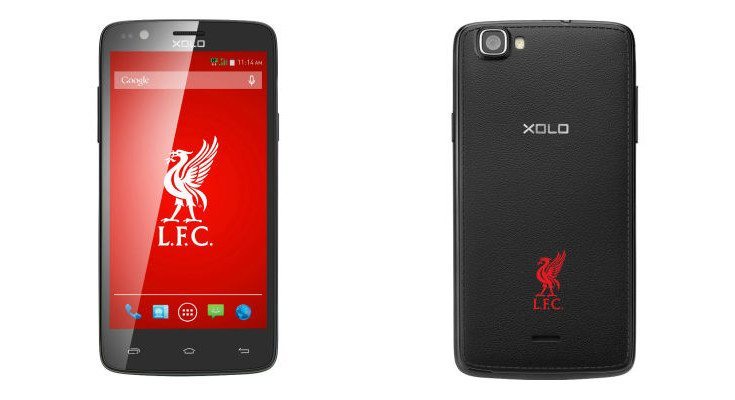 Football fans that live in India are in for a treat — if Liverpool FC is their club of choice. XOLO has teamed up with LFC for the Liverpool FC Edition XOLO One smartphone, which has just arrived in India through Snapdeal.

The Liverpool FC Edition XOLO One smartphone is a handset designed for footballers who want a device that shows a little love to their favorite club. As you can see from the photos, the handset sports a leather back with the Livebird shown along with the LFC moniker. The device will come with a custom Liverpool FC boot animation, wallpapers, branded charger, back case, and certificate of authenticity as well.

As for the innards, they are the same specs you’ll find residing inside the XOLO One. This means you’ll get a 4.5-inch FWVGA display, 1.3GHz quad-core chip, 1GB of RAM, and 8GB of expandable internal storage. There’s a VGA snapper on the front to go along with a 5MP camera on the back, and other options to note include Wi-Fi, Bluetooth, Dual-SIM and 3G. The Liverpool FC Edition XOLO One smartphone will rock Android 5.0 out of the box and is powered by a 1,700mAh battery.

If the Liverpool FC Edition XOLO One smartphone is your cup of tea, it’s available to purchase starting today in India for Rs. 6,299 from Snapdeal.