The mid-range Oppo Neo 5s gets listed at â‚¬160 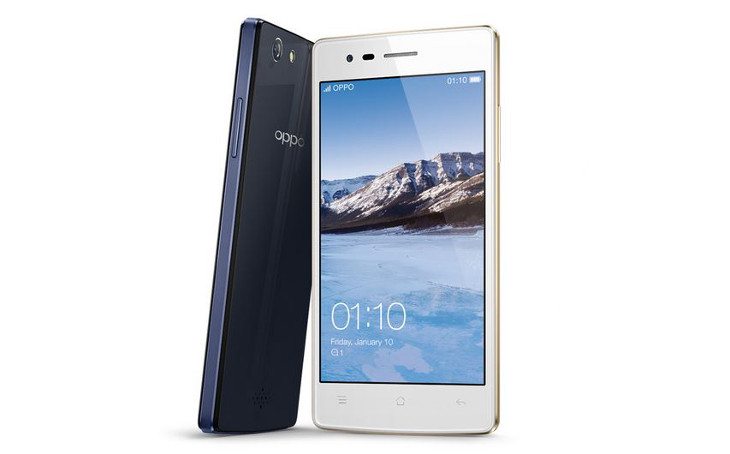 The Oppo R7 will be one of the company’s flashier handsets of 2015, but it isn’t the only device they will release. The Oppo Neo 5s is one of many smartphone’s headed our way from Oppo, and it has just shown up online with mid-range specs.

The Oppo Neo 5s is the follow-up to last year’s device of the same name, but with an “s” tacked on to the end. That letter signifies an upgrade over the previous model, and while it’s lowercase, the upgrades are significant and the price is still reasonable.

The display on the Oppo Neo 5s stays the same, which means the device has a 4.5-inch display with a resolution of 480 x 854. The processor has been bumped up to a Snapdragon 410 as well, and the storage capacity is now doubled to 8GB and expandable up to 128GB. The RAM is still listed at 1GB though, so we’re staying on the low-end with the Neo 5s.

On the rear of the Oppo Neo 5s you’ll find an 8MP sensor while the front-facing snapper is 2MP. Connectivity options include Wi-Fi, Bluetooth, USB OTG, and 4G LTE. As you’d expect, the smartphone comes will dual-SIM capabilities, and is powered by a 2,000mAh battery. The Oppo Neo 5s doesn’t run Android 5.0 Lollipop, but you’ll get ColorOS 2.0.1 which is based on Android 4.4.

How you feel about the Oppo Neo 5s is probably going to come down to the software as it isn’t a stunner in the design department and the specs are still mid-range. There are similarly spec’d handsets with cheaper price tags as well considering the Oppo Neo 5s price is listed at around â‚¬160 in Europe.

Are you interested in the Oppo Neo 5s or would you rather throw your cash behind another mid-range handset?