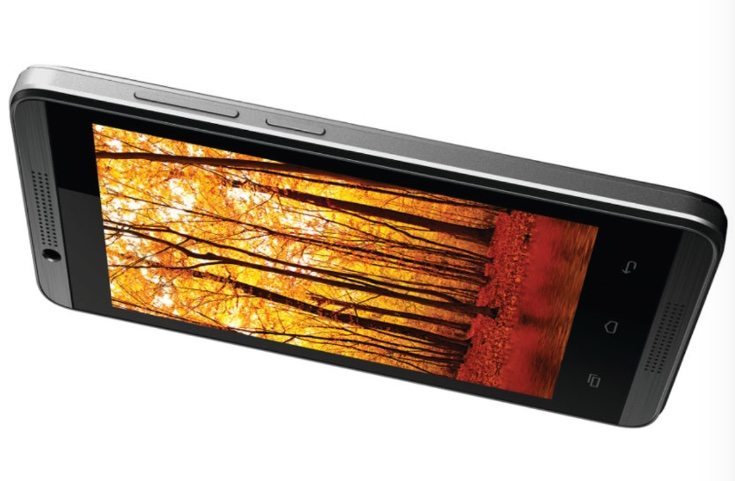 Two new Intex smartphones have arrived for the market in India today. The Intex Aqua 3G Pro and Aqua 3G Strong budget prices have been confirmed at the launch, and if you read on we have the info you need on specs and much more. Both of these devices are in the company’s Aqua series and support 3G connectivity.

We’ll kick off with the Intex Aqua 3G Strong, which is the cheaper of the two at only Rs. 3333. It has a 1GHz Spreadtrum SC7715 processor, Mali 400 graphics, and a 4-inch display with resolution of 800 x 480. Storage is low with just 256MB of RAM and 512MB of internal storage, although that’s expandable via microSD to 32GB. The phone has a 2-megapixel rear camera with LED flash, and a VGA front-facing camera.

Further specs of the Aqua 3G Strong include a 1400 mAh battery, and connectivity options of 3G, WiFi 802.11 b/g/n, Bluetooth, and GPS. It runs the Android 4.4 KitKat operating system and is a dual SIM handset. The 3G Strong features FM radio and has a 3.5mm audio jack. It measures 122.2mm x 63.3mm x 10.1mm and will be available in black, champagne, or silver color options.

Moving on to the Intex Aqua 3G Pro. This phone is priced at Rs. 3666 and comes in the same color choices as the 3G Strong above. Aqua 3G Pro specs include a 1GHz Spreadtrum SC7715 processor, Mali 400 GPU, and a 4-inch display with 800 x 480 resolution. This one has 512MB of RAM and 4GB of internal storage (expandable to 32GB), a 2-megapixel rear camera with flash and a VGA front-facing unit.

Like the Aqua 3G Strong the Intex Aqua 3G Pro also runs Android 4.4 KitKat and is a dual SIM phone with FM radio and 3.5mm audio jack. It has a 1400 mAh battery and the same connectivity options including 3G, WiFi 802.11 b/g/n, Bluetooth, and GPS. Dimensions are 125.2mm x 63.3mm x 10mm. Both phones feature pre-loaded apps such as Opera Mini, AskMe, Housing, and Newshunt.