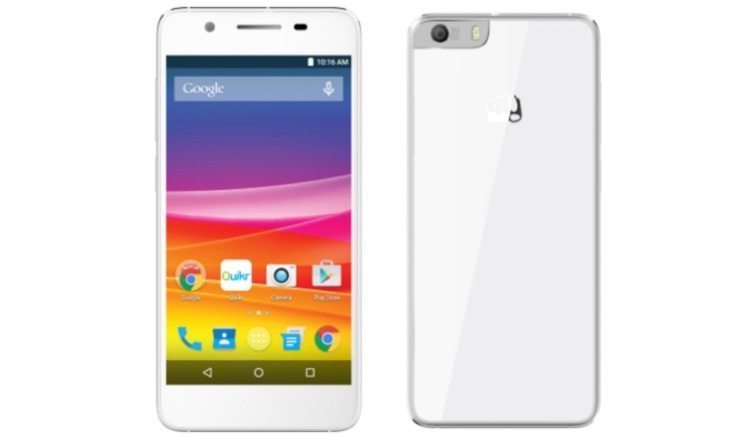 There’s a mass of smartphone on the Indian market, but Micromax is a popular home brand so there is likely to be plenty of interest in the Canvas Knight 2. The price has been announced at Rs. 16,299 and purchasers can also benefit from a couple of offers. These include a free 4G SIM from operator Airtel, as well as 4G double data for those activating the 4G SIM. The Micromax Canvas Knight 2 will be available for buyers from Wednesday June 10.

Specifications of this dual SIM phone include a Snapdragon 615 64-bit octa-core processor with four cores at 1.5GHz and four at 1GHz, and a 5-inch AMOLED display with HD resolution of 1280 x 720 and featuring Corning Gorilla Glass 3. The phone has 2GB of RAM, 16GB of internal storage (expandable via microSD to 32GB), and a non-removable 2260 mAh battery claimed to offer 335 hours on standby or talk time of up to 7 hours 45 minutes.

Further specs are a 13-megapixel rear camera with autofocus, Sony IMX214 CMOS sensor, and Largan 5P lens, as well as a 5-megapixel front-facing fixed focus snapper with Omnivision OV5648 sensor. Micromax is making a lot of the phone having a premium build with glass and a metal frame, and also the Cirrus Logic Wolfson Stereo WM8998 audio. It runs the Android 5.0 Lollipop operating system.

Just some of the apps that come pre-loaded on the Micromax Canvas Knight 2 include Snapdeal, SwiftKey, Hotstar, Newshunt, and Chaatz. Micromax CEO Vineet Taneja said, “”With the launch of our new device Canvas Knight 2, the first in the 4G range, we are looking at driving the next wave of internet evolution in the country.” It was also said that 4G LTE would be coming to the Canvas Fire, Nitro and Unite lines.

Do you already have your sights set on the Micromax Canvas Knight 2? What are your thoughts on the pricing that has been set for this new 4G LTE smartphone? We always appreciate receiving comments from our readers in India so do let us know.