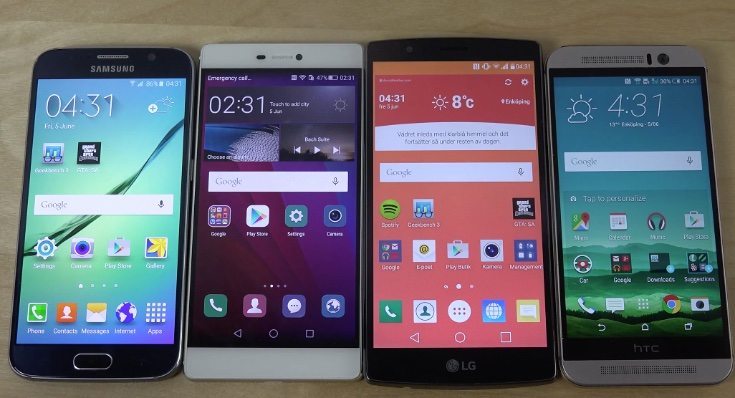 With the array of top-flight specs on show this is going to be an interesting showdown! The YouTube video that we’ve positioned below this story comes from Adrianisen and shows a Geekbench 3 benchmark speed test on the above four handsets. They are shown lined up alongside each other and you might want to know that the Samsung Galaxy S6 and One M9 are both running Android 5.0.2. The Huawei P8 is running Android 5.0 Lollipop and the LG G4 is running Android 5.1.

Basically the results pretty much tie in with how much you’ll pay for these handsets, with the Samsung Galaxy S6 out in front and also having the highest price, and the Huawei P8 coming in last but having the cheapest price. It’s an interesting little look at one particular aspect of these devices and when you’ve taken a look at the video we’d appreciate your comments. Are these results exactly what you expected?