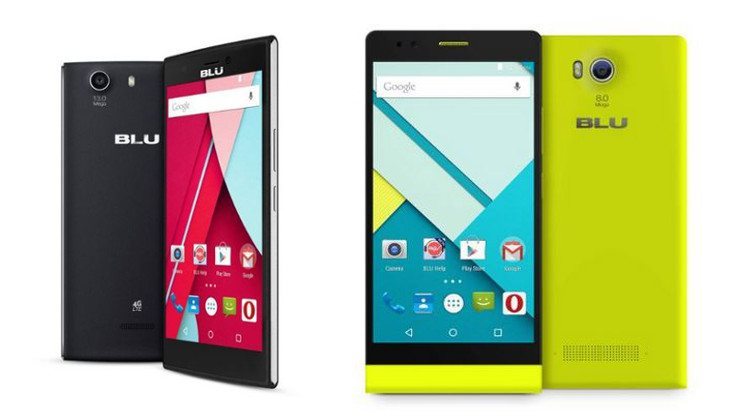 BLU has announcedÂ two new handsets for consumption in the US today. They are the Blu Life One (2015) and the Blu Live 8 XL, and both offer up mid-range specs for a rock bottom price.

The Blu Live 8 XL is a previously unknown device, but it’s heading to Amazon for a release next month. The handset features a 5.5-inch 720p panel, and gets its power from a MT6592M octa-core chip. That’s backed by 1GB of RAM, and there is 8GB of expandable storage to work with as well. As for the cameras, you’ll get a reasonable 8MP/2MP setup. All the usual suspects are present in the connectivity department along with Dual-SIM support and 3G. A 2,920mAh battery will keep the lights on, and Android 4.4 is listed the pre-installed OS.

On the flipside, the Blu Life One 2015 is smaller than the 8XL, but has 4G LTE to go along with the Dual-SIM support. It’s specs include a 5-inch 720p display, Snapdragon 410, 1GB of RAM, and 8GB of expandable internal storage. You’ll find a 13MP sensor on its backside, while a 5MP camera takes care of the selfies. The battery is listed at 2,820mAh, and it will run Android 4.4 just like its big brother.

The Blu Life One 2015 will be up for grabs on Amazon on July 19th with a price of only $99, while the larger Blu Live 8 XL will set you back $129 and is set to roll out on July 1st. Both handsets are already available to pre-order if you’re looking to pick one up.