LG G Stylo now up for grabs from Sprint 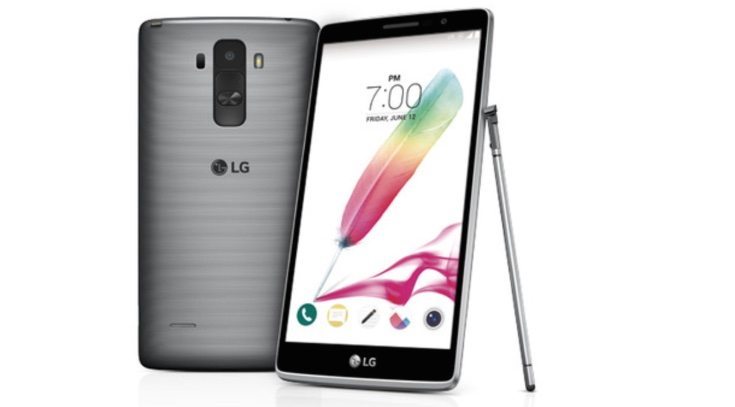 The LG G Stylo released in May and is already on sale in the US at T-Mobile. Now the LG G Stylo has also arrived on Sprint and MVNO subsidiary Boost Mobile, offering buyers more options on where to make their purchase. This handset is a more affordable alternative than the flagship LG G4 and could appeal to plenty of buyers.

As its name suggests, the LG G Stylo features the use of a stylus, though specs-wise it’s not on the same level as the superior Samsung Galaxy Note 4. However, the mid-ranger does have a more affordable price, as the G Stylo is now on sale from Sprint at a no-contract price of $288, or for $49.99 with a two-year contract. Alternatively it’s available on a Sprint Easy Pay plan for $12 monthly for 24 months.

Specs of the LG Stylo include a 1.2GHz Snapdragon 410 quad-core processor, 5.7-inch IPS display with resolution of 1280 x 720, 1GB of RAM, and 8GB of internal storage (expandable via microSD to 32GB). It has an 8-megapixel rear camera with laser autofocus, LED flash, and 1080p video capture, as well as a 5-megapixel front-facing camera, and 3000 mAh battery. The Stylo runs the Android 5.0 Lollipop operating system and connectivity includes 4G LTE, WiFi 802.11 b/g/n, Bluetooth 4.0, GPS, and NFC.

The phone is available right now from Sprint in a metallic silver color. It measures 154.4mm x 79.3mm x 9.4mm and weighs in at 165g. Are you tempted to purchase the LG G Stylo with stylus use? Send your comments to let us know.