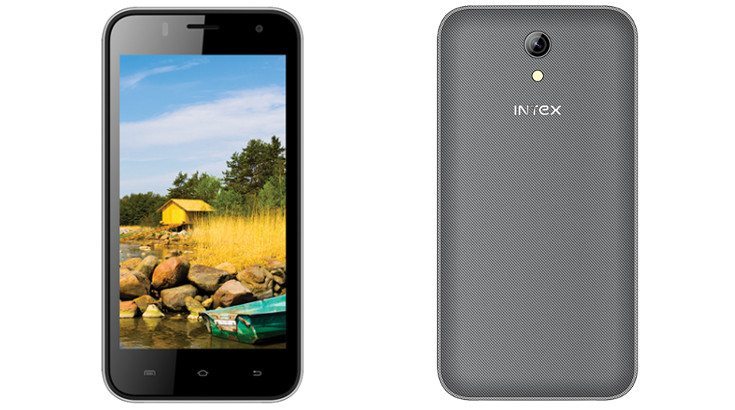 Each week we see a slew of new smartphones released for India, and this week Intex is kicking things off with the Intex Aqua Q4 which has just been listed online for the country.

The Intex Aqua Q4 has just appeared online without an official announcement, but the company’s official site has listed the device for sale in India. The Intex Aqua Q4 price won’t break the bank, but as you’d expect, the specifications are a bit weak and on the lower end of the smartphone spectrum.

While some manufacturers are going large, Intex chose to go small for the Intex Aqua Q4 as it features a 4.5-inch display with a resolution of 480 x 854. Under the tiny slab of glass, you’ll find a quad-core Spreadtrum chip clocked at 1.2GHz, 4GB of internal storage, and 512MB of RAM. There is a microSD card slot as well, so you will be able to kick the storage up to 32GB with a card.

As for the cameras, the Intex Aqua Q4 has a 5MP camera on its backside and a 2MP snapper on the front. Connectivity options include the usual suspects like Wi-Fi, Bluetooth, and A-GSP along with 3G. The Dual-SIM Intex Aqua Q4 will run Android 4.4 and gets is juice from a 1,800mAh battery which is said to provide around 5 hours of talk time.

There isn’t a firm release date given for the Intex Aqua Q4, but the smartphone is expected to go on sale sometime this week. The Intex Aqua Q4 price is listed at Rs. 5,290 and you’ll be able to snag one in Champagne, Black, Grey or White.