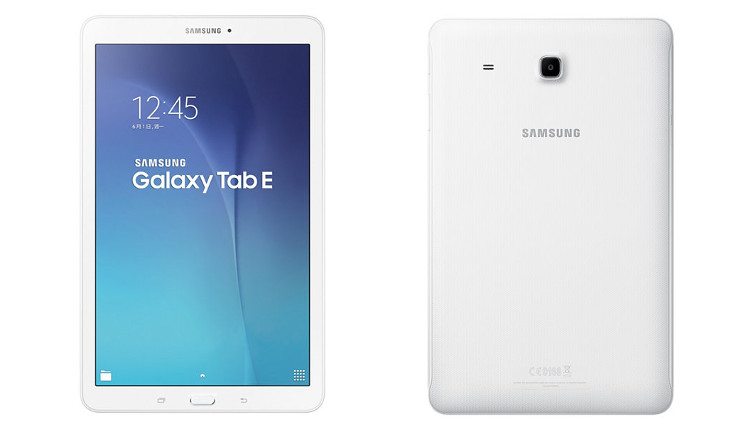 As the moniker implies, the Samsung Galaxy Tab E will sport a 9.6-inch display with a resolution of 1,280 x 800. The processor maker was unannounced, but the chip running the show will be of the quad-core variety and clocked at 1.3GHz. It’s backed up by 1.5GB of RAM, and you’ll get 8GB of expandable storage to work with as well.

The Samsung Galaxy Tab E 9.6 with the model number SM-T560 is a Wi-Fi only model, but there’s a chance there will a cellular variant launched at a later date. Bluetooth is an obvious lock, but the rear and front cameras were not mentioned unfortunately. The battery powering the Galaxy Tab E 9.6 is listed at 5,000mAh, and as previously mentioned, it will run Android 4.4.

At this time, the only region mentioned with the Samsung Galaxy Tab E 9.6 release is Taiwan, but it will no doubt arrive in other regions. The slate is priced at $225 and is set to arrive in the country before the end of the month.