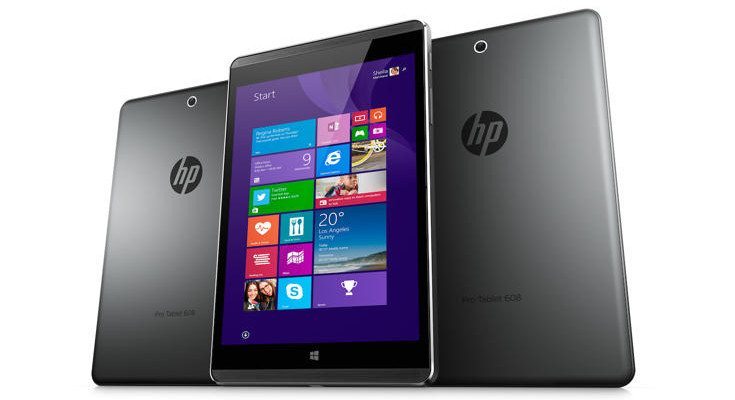 HP may not be a brand we cover much in the mobile world, but they have plenty of tablets out there. The HP Pro Tablet 608 is one of them, and it’s headed to the U.S. to entice business-minded consumers.

Windows is the OS of choice for the HP Pro Tablet 608, which should come as no surprise as they only have a handful of Android slates compared to well over a dozen Windows tabs. The tablet will ship with Windows 8.1, but you’ll get a free update to Windows 10 when it launches. If you wait, the price will actually go up a bit once Windows 10 comes pre-installed on the tablet.

The metal-clad HP Pro Tablet 608 features an 8-inch display with a resolution of 2,048 x 1,536, and features an active digitizer so you can use a (optional) digital pen with the slate. Under the glass beats an Intel Atom Cherry Trail chip, and you can get up to 4GB of RAM while the storage options will run 32GB, 64GB, and 128GB. There’s a microSDXC slot as well, so you shouldn’t run out of space anytime soon.

On the connectivity side of things, we have the new USB-C connector, Wi-Fi, Bluetooth, and the option of 3G or 4G connectivity. There’s a 8MP/2MP camera combo as well, which is impressive considering its size. The HP Pro Tablet 608 weighs 360grams and has a thin 8.35mm waistline. Last but not least are Dual stereo speakers with DTS, and the battery which wasn’t listed, but is said to last for around 8 hours.

The HP Pro Tablet 608 price is listed at $479 for the base model, and it will be available sometime in July for customers in the U.S. The Windows 10 version of the slate will ship out in August with the pre-installed OS, but as mentioned, will cost a bit more than the previous version.