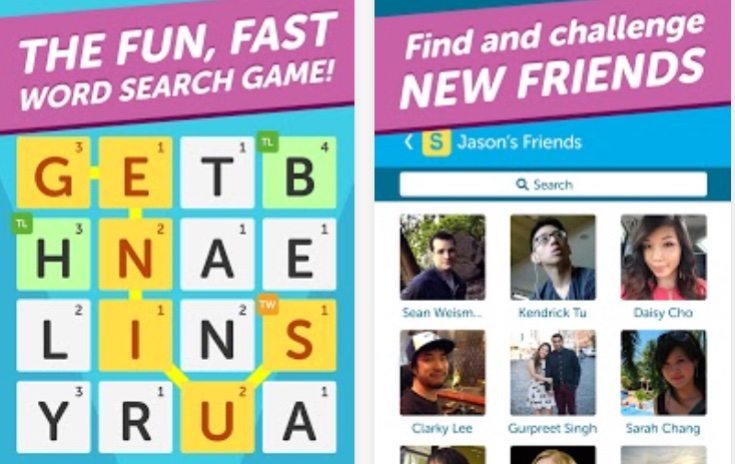 I myself am an avid player of Scramble with Friends and apart from the odd glitch over time have not had too many issues with the phenomally popular game. I’ve had nothing but problems with the apps since it became Word Streak, and decided to take a look and see if the difficulties were affecting other players. Checking out Twitter, other social media sources, and the App Store and Google Play descriptions, it soon became evident that many people are now having problems with the app. This has really spoiled the enjoyment for many players.

Since the update the app is running really slow, lagging, crashing, and freezing. It has made playing the game virtually impossible, so much so that I for one have given up until these issues can be resolved. The Android version of Scramble with Friends arrived on Google Play a few days ago bringing version 8.06. Meanwhile the iOS version for iPhone, iPod touch and iPad, now of course named Word Streak with Friends, appeared on iTunes just yesterday as version 6.03.

We can see that players of Scramble with Friends on both the Android and iOS platforms are encountering difficulties, and this is causing a huge amount of frustration for those who love the game. For example on the App Store one player comments, “I loved this game. It was my little guilty pleasure and a way to re-set when my mind needed clearing. The new update is TERRIBLE. I am so, so, so sad. It stutters, is slow to react, the look and feel of it is messy and the new colour scheme is like being on a Ryanair flight. After a single game, I don’t want to play this again, but feel I have to for those that I play on a regular basis. For once, please have the courage to go back to the old version of the app. And to say sorry to all those users that love and play this game and used to enjoy doing so. (This is the first time I’ve ever written a review on-line, that’s just how sad I am).”

That pretty much sums up how many other app users are feeling. Another iOS players says, “Since the upgrade to Word Streak the game has become even more ‘sticky’ – which I didn’t think was possible. It’s made it almost unplayable as any word with more than 3 letters sticks before you can make it. I really hope you can fix this otherwise I’ll be forced to delete it, which would be a shame as I used to really enjoy playing it.” Meanwhile on Google Play there are comments such as this one, “The update sucks. Buggy & eyesore. The new interface sucks. The new design sucks. Whatever content that was added causes the app to lag during rounds, which eats up seconds of gameplay (which is my biggest issue with this new update). The only things they seem to have added more of are video ads while detracting from everything else. Main idea- the new “update” sucks.”

There are many, many more comments from users who are now only giving the game a one or two star rating, and we couldn’t resist sharing this last example, “This Was Not An Update… This was a bucket of stinky brown surprise sauce, poured o’er our heads by a company clearly run by laughing hyenas. The Atari 2600 could have come up with something more fun. The design elements represent more than an “update,” so don’t engage in such sophistry – we’re not idiots. This is a seismic alteration – literally a DIFFERENT GAME. Or maybe a tragic husk of something once incredibly successful in terms of layout and design.”

Plenty of people will be nodding their heads in agreement with that last comment! While we do realize that some people haven’t noticed any issues with the update, it’s certainly clear that many people have. Today we’re calling for Zynga to realize the error of its ways and bring back Scramble with Friends, or at least improve Word Streak so that it can actually be played. We’d really like to hear from other fans of this app with your views.

19 thoughts on “Scramble with Friends problems since Word Streak update”