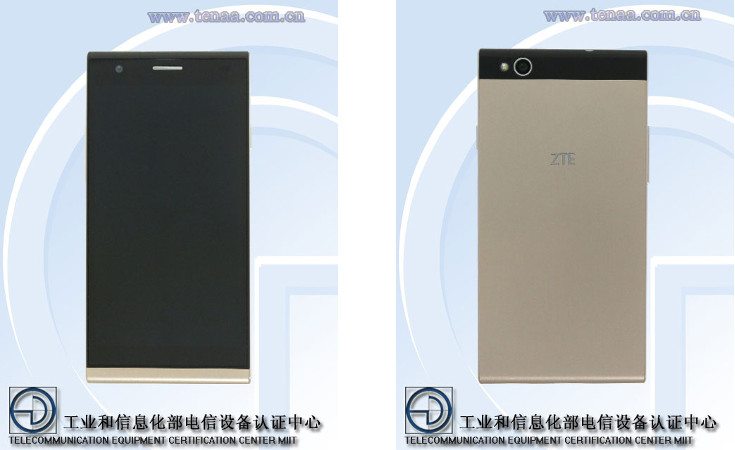 ZTE has been busy for the first half of 2015, and they don’t appear to be slowing down anytime soon. The ZTE S2010 is the company’s latest handset making the rounds, and it has just passed through TENAA certification ahead of an impending release.

ZTE has plenty of handsets in the pipeline, and the ZTE S2010 hit TENAA a few days back which means it should be official soon. It’s a mid-ranger, but by 2015 standards so it has above average specs and won’t break the bank. As you can see from the photos, it’s not a bad looking device either and appears to have a metal build.

The ZTE S2010 sports a 5-inch 720p panel and will run on an octa-core chip clocked at 1.3GHz and backed by 2GB of RAM. The storage capacity is listed at 16GB, and it is expandable up to 32GB via a microSD card slot. Other ZTE S2010 specs from the listing include an 8MP rear camera, 5MP front-facing camera, and Android 5.1. The handset will be fairly thin and light as well with a waistline of 7.4mm and a weight of 124grams.

As you’d expect, we don’t have a clue when the ZTE S2010 release date will arrive or how much the smartphone will cost at launch. That said, it will be affordable like most of ZTE’s handsets, and should become available in other regions or through third-party sellers after its initial launch in China.