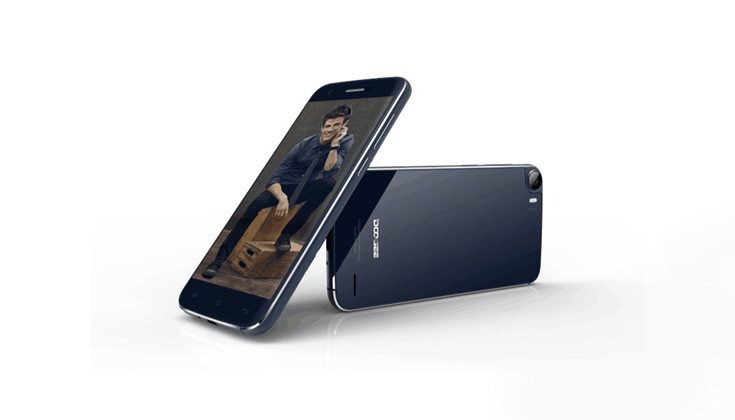 The last time we took a look at a smartphone from Doogee, it was the Doogee S6000 with its massive battery. The Doogee F3 Ltd is another interesting smartphone from the company, and while the battery isn’t quite as large, the specs more than make up for it.

QHD displays are the way to go if you’re putting out a flagship in 2015, and the Doogee F3 Ltd has you covered in that area. It has a 5-inch panel with a resolution of 2,560 x 1,440, but that’s just the tip of the high-spec’d iceberg for the F3. Doogee is going all out with their new handset, and if you have a pulse, you’ll be impressed by the rest of the Doogee F3 Ltd specifications.

Beneath that 5-inch slab of glass beats a Snapdragon 810 processer which is backed by 4GB of RAM. The internal storage is listed at 32GB, and while it doesn’t have the 6,000mAh battery found in the S6000, it will sport a 3,100mAh battery. As for the cameras, the front-facing snapper is a more than respectable 8MP, while the rear camera uses a 21MP Sony IMX230 rear camera.

While the Doogee F3 Ltd specs are impressive, it’s price also stands out. The phone is going to go for $350 unlocked, and is expected to hit China sometime this October.

Would you give the Doogee F3 Limited Edition a shot if it was available in your region?